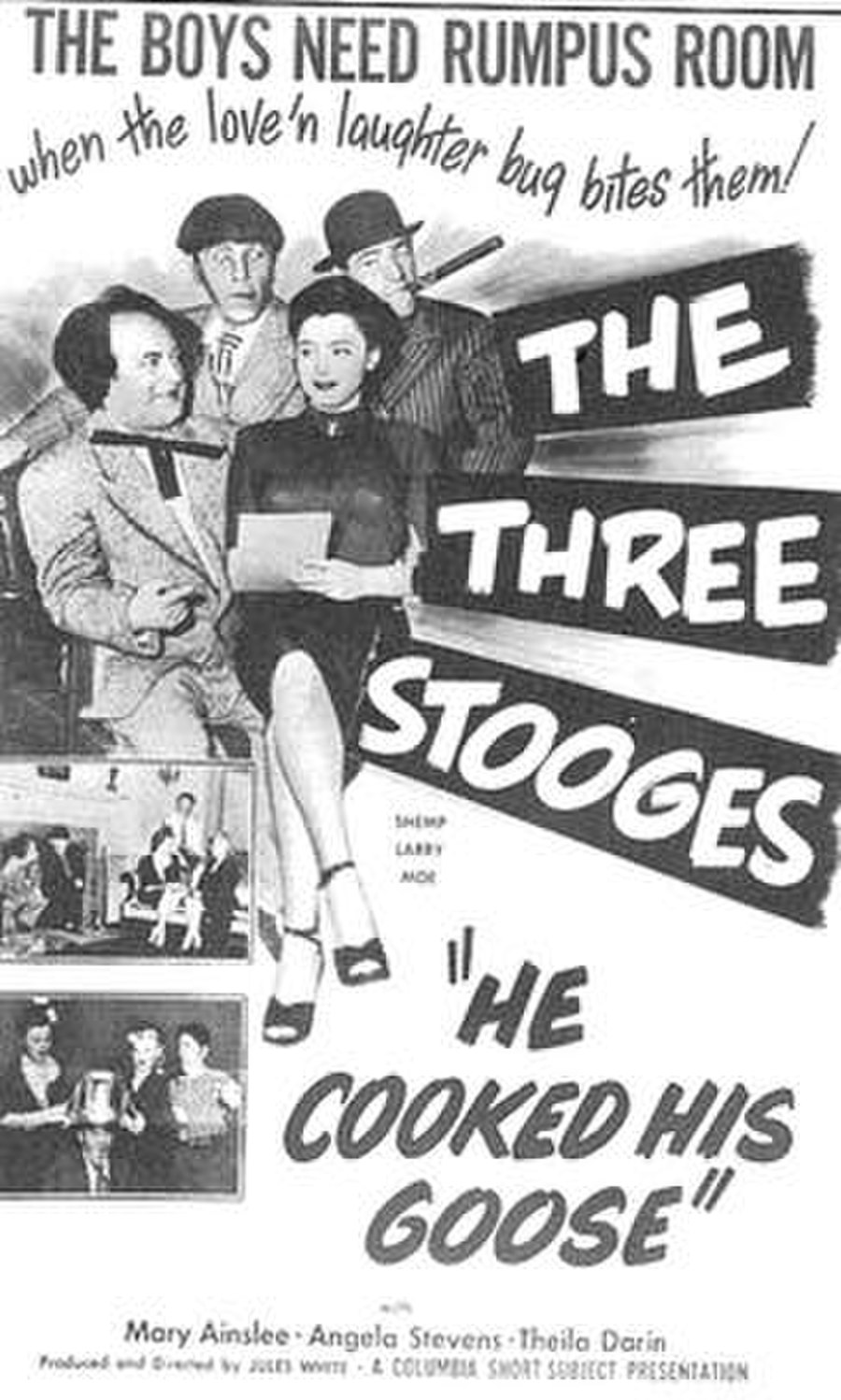 He Cooked His Goose is a 1952 short subject directed by Jules White starring American slapstick comedy team The Three Stooges (Moe Howard, Larry Fine and Shemp Howard). It is the 140th entry in the series released by Columbia Pictures starring the comedians, who released 190 shorts for the studio between 1934 and 1959.

Larry is a womanizer who is having an affair with Moe's wife, Belle (Mary Ainslee) while making eyes at Shemp's fiancée, Millie (Angela Stevens), as well. Moe, however, tracks down the conniving Larry at his pet shop, and gives him the works. Larry is able to think fast and convinces Moe he is innocent, which calms him down. Realizing he needs to cover his tracks, Larry looks for a "fall guy" in the form of Shemp. Larry then gets Shemp a job as an underwear salesman and the first place he goes is Moe's home.