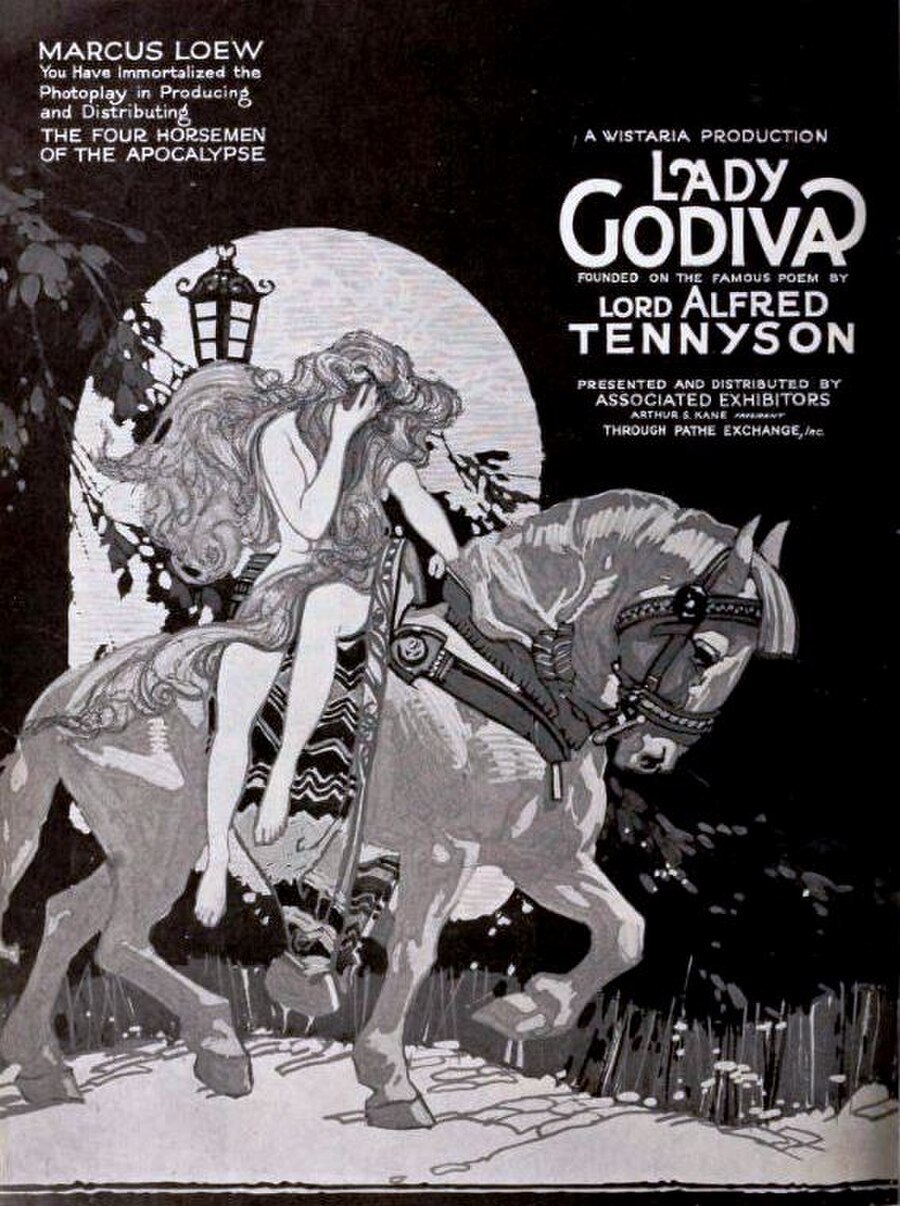 As described in a film magazine, Leofric, a cruel earl of England, threatens a cruel death to the father of the beautiful Lady Godiva (Vernon) if she does not agree to marry him. She then suffers indignities because of her determination to be a wife in name only. The people of Coventry plead with her to intervene with her husband after he threatens to burn down their homes. She succeeds, but only on the condition that she ride unclad on a white horse through the town. She does this, but the earl has disregarded the temper of the people. His palace is undermined and collapses, killing all the people inside. Lady Godiva, warned by the court jester, escapes before the catastrophe, and is reunited with her love, the architect.