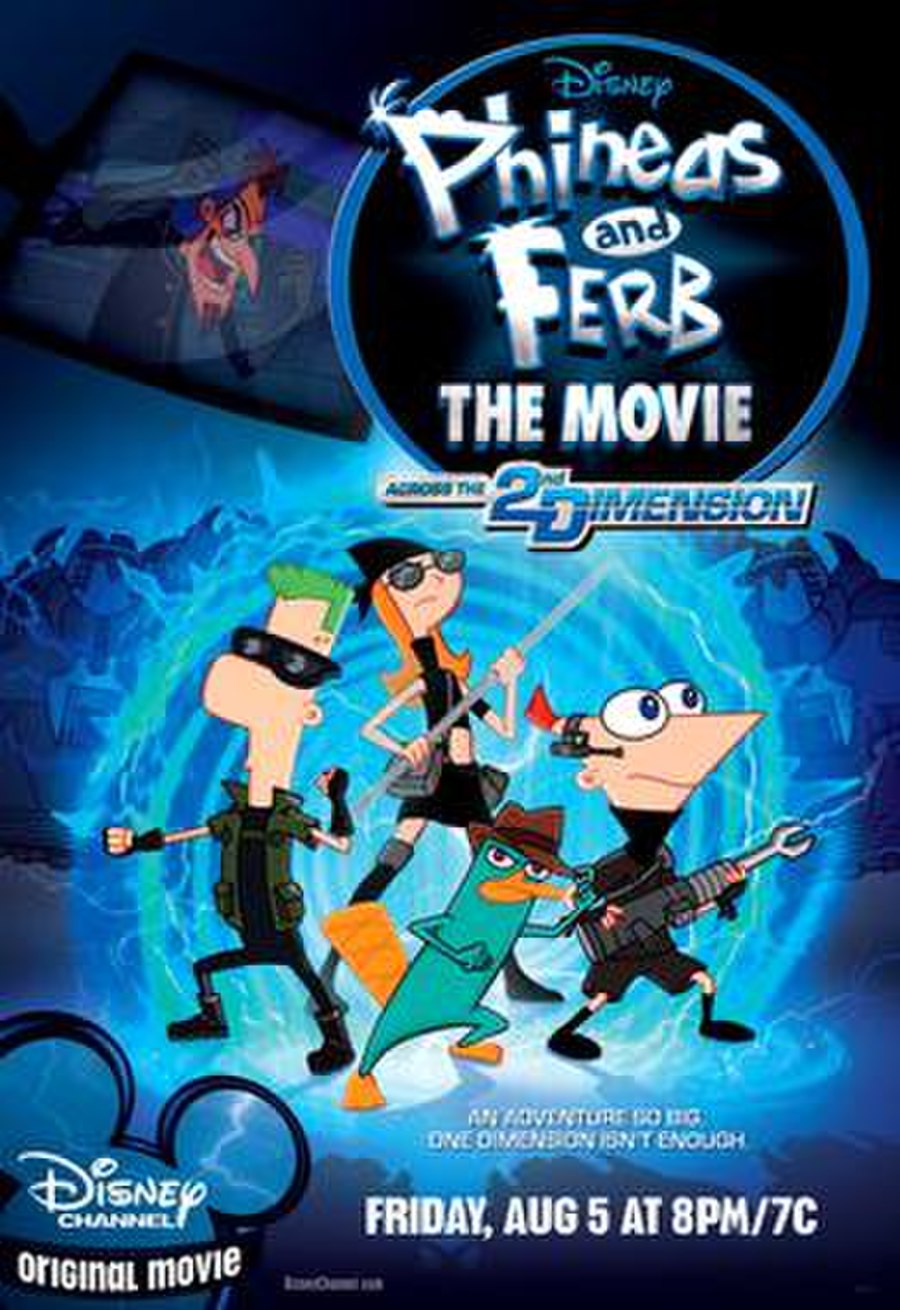 Phineas and Ferb the Movie: Across the 2nd Dimension 2011

Phineas and Ferb create an enormous shuttlecock to play platypult (platypus + catapult) badminton. Perry enters his secret lair and is warned by Major Monogram that he's had some close calls with his "host family" (the Flynn-Fletchers) almost seeing him enter his lair. He then warns Perry that if his cover's blown, he'll have to be relocated to another city, with another host family and that he'll never see Phineas and Ferb again. He also reveals that Perry has an auto-scan replication device which he uses to scan and replicate all of Doofenshmirtz's "inators". Carl then shows Perry some new technology, like the Wrist Communicationizer and a new hovercraft. When Perry's hovercraft accidentally collides with their shuttlecock, the boys crash into Dr. Doofenshmirtz's lab and destroy his "Other-Dimension-inator", which was intended to create portals to parallel dimensions, however it would only work after Phineas and Ferb help him. They help Doofenshmirtz rebuild the machine, and remove the self-destruct button after convincing Doofenshmirtz he doesn't need it. Perry arrives to stop Doofenshmirtz, but not wanting to reveal his identity and put Phineas and Ferb in danger, reverts to pet mode and cannot stop them.