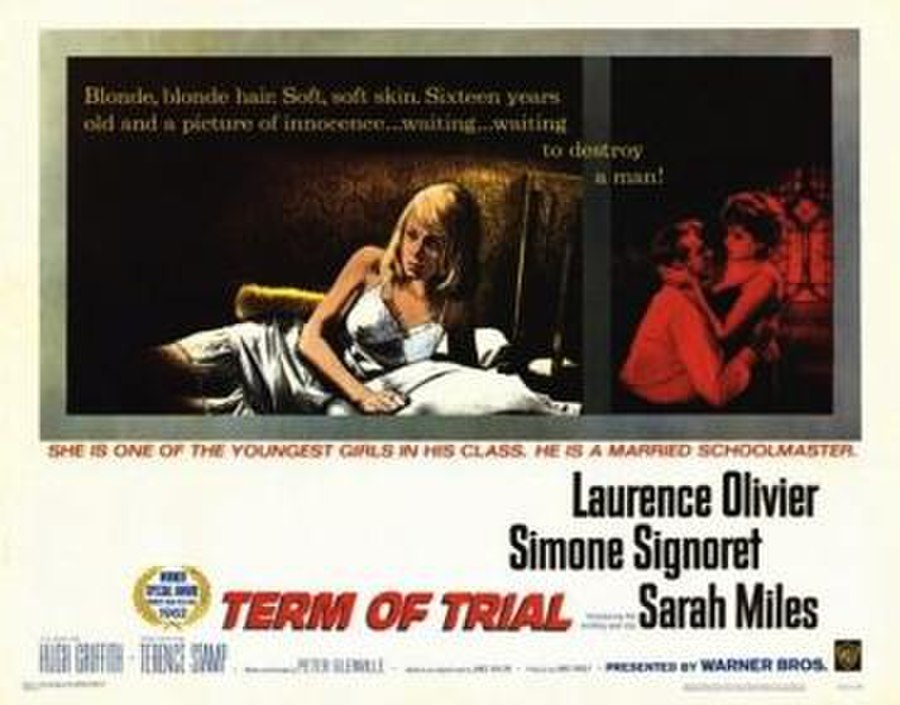 Term of Trial is a 1962 British drama film written and directed by Peter Glenville and produced by James Woolf for his Romulus Films company, with James H. Ware as associate producer. Its screenplay was based on the novel of the same title by James Barlow. The music score was by Jean-Michel Damase and the cinematography by Oswald Morris.

Graham Weir is an alcoholic schoolteacher whose criminal record for refusing to fight during World War II has prevented him from progressing further in his teaching career. Now, years later, he is married to a very embittered wife and is a teacher in a school with many disaffected pupils. While at the school, he meets Shirley Taylor, a new girl who develops a crush on him. Graham does not realise it, but Shirley's infatuation will lead to serious trouble, including the threat of a false sexual molestation charge.