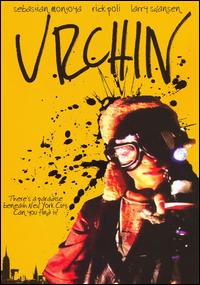 Urchin is the story of a child who lives in Scum City. When the Old Man came to Scum City, a homeless camp in the Manhattan tunnels, his story seemed wild. He was from a kingdom deep within the earth, he said, and was sent to find the five nobles who got lost up here.