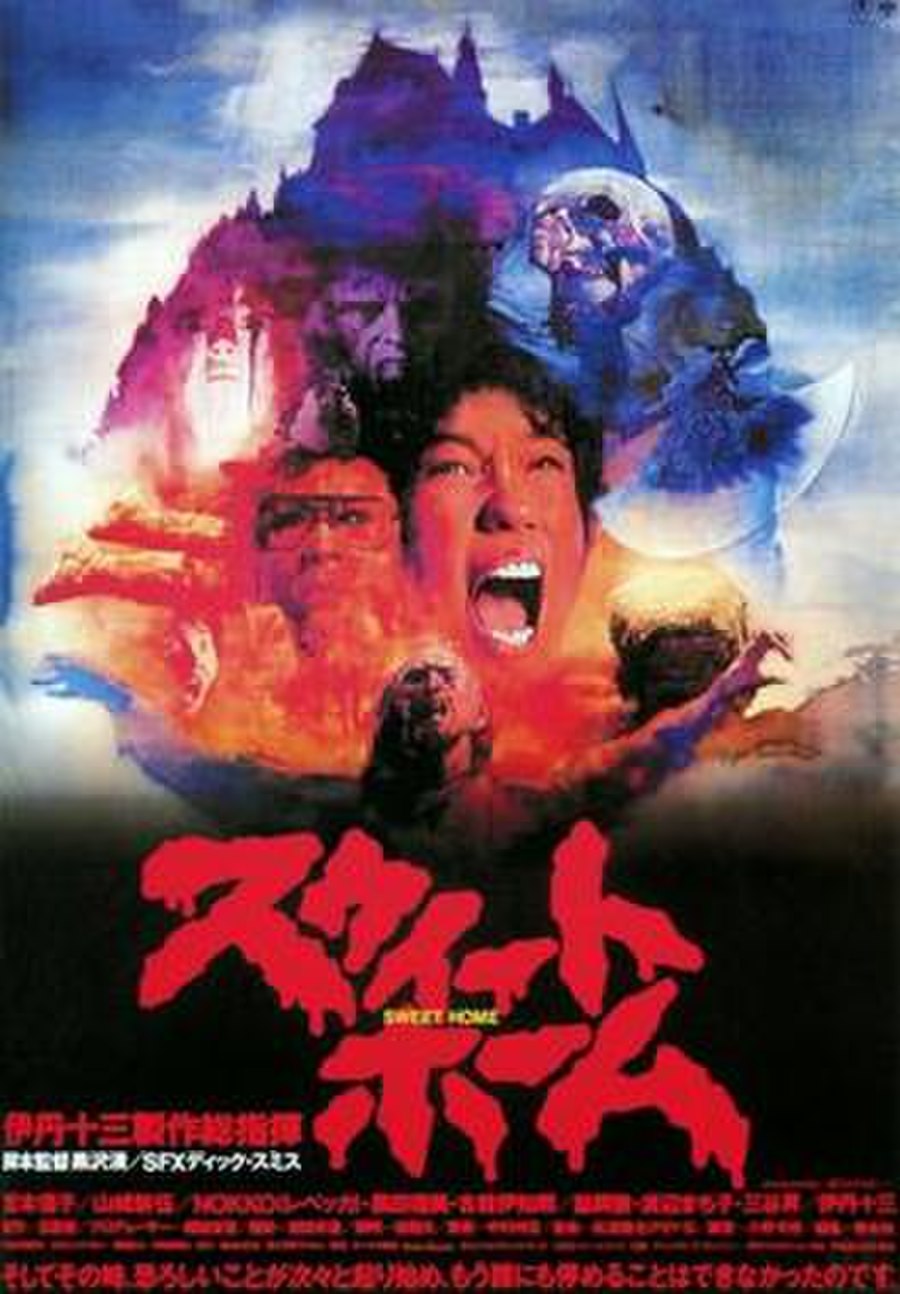 Sweet Home (Japanese: スウィートホーム - Hepburn: Suwīto hōmu) is a 1989 Japanese horror film directed by Kiyoshi Kurosawa and produced by Juzo Itami. It was released alongside a video game of the same title that inspired the Resident Evil game series released by Capcom.

A small film crew visits the old, abandoned mansion of famous artist Ichirō Mamiya, who left several precious frescos inside his house. The team wants to restore and publish the paintings and film a documentary about Mamiya and his arts. The team includes Kazuo (Shingo Yamashiro), his daughter Emi (Nokko), producer Akiko (Nobuko Miyamoto), photographer Taguchi (Ichiro Furutachi) and art restorer Asuka (Fukumi Kuroda). After they enter the mansion, paranormal events betray the presence of a poltergeist. Soon, Asuka is possessed by the infuriated ghost of Lady Mamiya, Ichirō's wife. The team discovers a makeshift grave where a toddler is buried. The boy is Ichirō and Lady Mamiya's son, who fell into the house's incinerator one day and burned alive. Since then, Lady Mamiya's ghost haunts the mansion, killing any trespassers. In the end, only Kazuo, Emi, and Akiko survive, by reuniting Mamiya with her beloved son, and so giving them peace. When Kazuo, Emi, and Akiko leave the mansion, it begins to collapse.