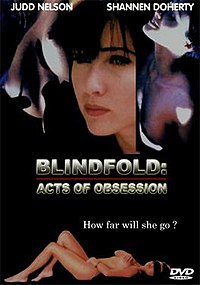 Madeleine Dalton was once a wild girl who was drawn to bad boys, but has now settled down with real estate broker Mike Dalton. She is desperate to make her dead-end relationship exciting again and goes seeing a psychiatrist, Dr. Jennings. He suggests her to spice up her sex life by playing games. She decides to give it a try and begins using handcuffs and letting her get blindfolded.