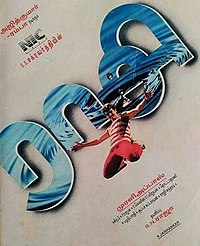 Raasi is a 1997 Tamil drama film directed by Muraliappas and produced by S. S. Chakravarthy. The film features Ajith Kumar and Rambha in the lead roles with Prakash Raj and Vadivelu playing supporting roles. The film was released on 18 April 1997, and was average at the box office.

This film is about the family of Kumar (Ajith Kumar) and his Uncle (Rambha's father) (Bala Singh). The problem between two families start when Kumar is unable to spend too much money for an occasion in his uncle's family. Whether Kumar and Meena (Rambha) get united after solving out all the problems forms the crux of the story.