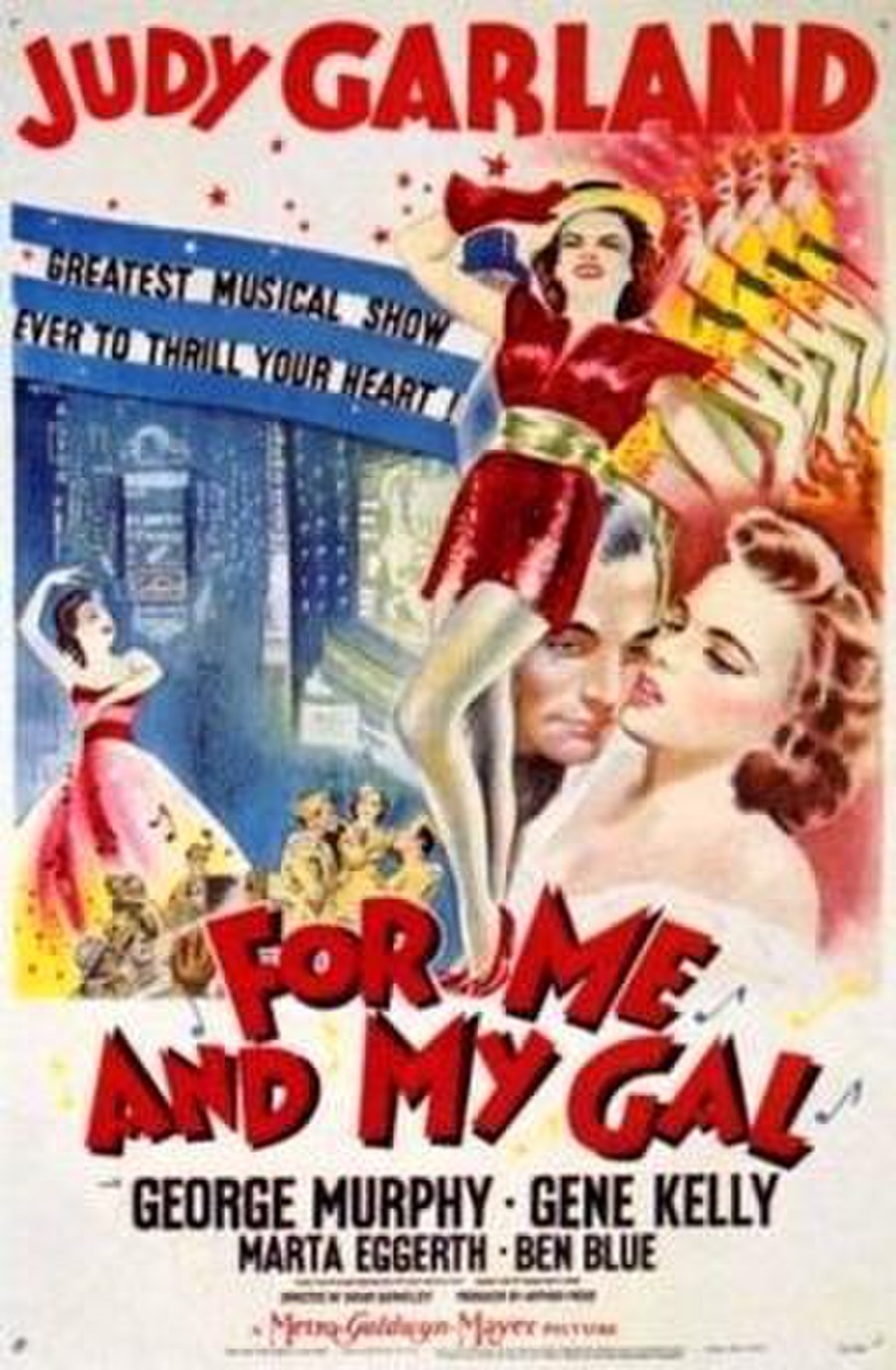 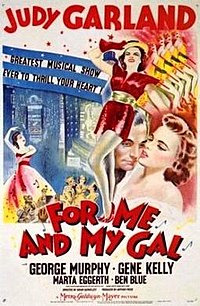 For Me and My Gal is a 1942 American musical film directed by Busby Berkeley and starring Judy Garland, Gene Kelly in his film debut and George Murphy, and featuring Martha Eggerth and Ben Blue. The film was written by Richard Sherman, Fred F. Finklehoffe and Sid Silvers, based on a story by Howard Emmett Rogers inspired by a true story about vaudeville actors Harry Palmer and Jo Hayden, when Palmer was drafted into World War I. The film was a production of the Arthur Freed unit at MGM.

In the heyday of vaudeville, on the verge of America's entrance into World War I, two talented performers, Jo Hayden (Judy Garland) and Harry Palmer (Gene Kelly), set their sights on playing the Palace Theatre on Broadway, the epitome of vaudeville success, and marrying immediately after.