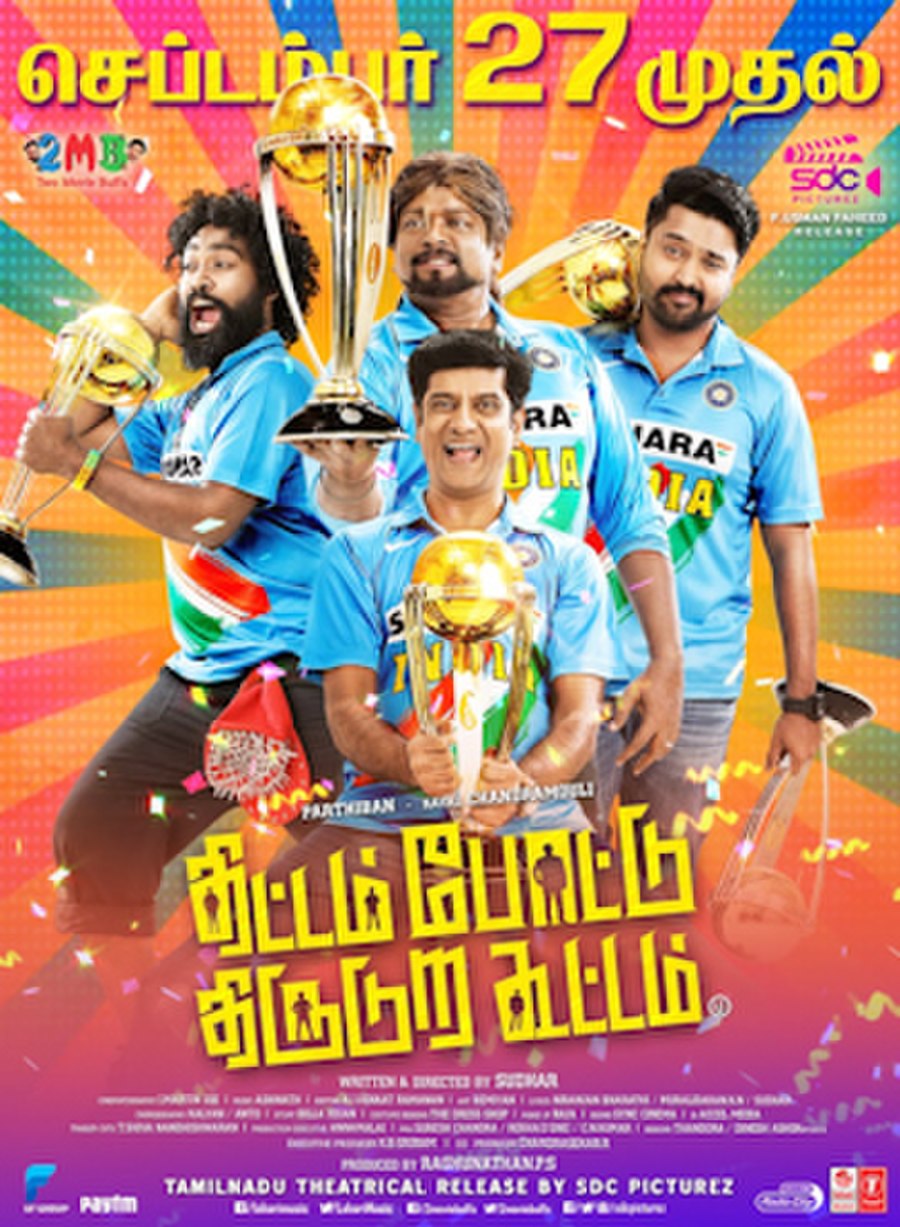 Thittam Poattu Thirudura Kootam is a 2019 Indian Tamil-language heist comedy film directed by Sudhar and produced by Raghunathan. P.S.The film stars Chandran, Satna Titus, and Parthiban in the lead roles. The cinematography was handled by Martin Joe, while the music was scored by Ashwath. Remiyan took care of the art direction while Billa Jagan took care of the stunts. Executive Producer for the film is Sriram. K.B. The film was co-produced by Chandrasekar. R. The principal photography began in June 2016, and was wrapped up in October 2016.