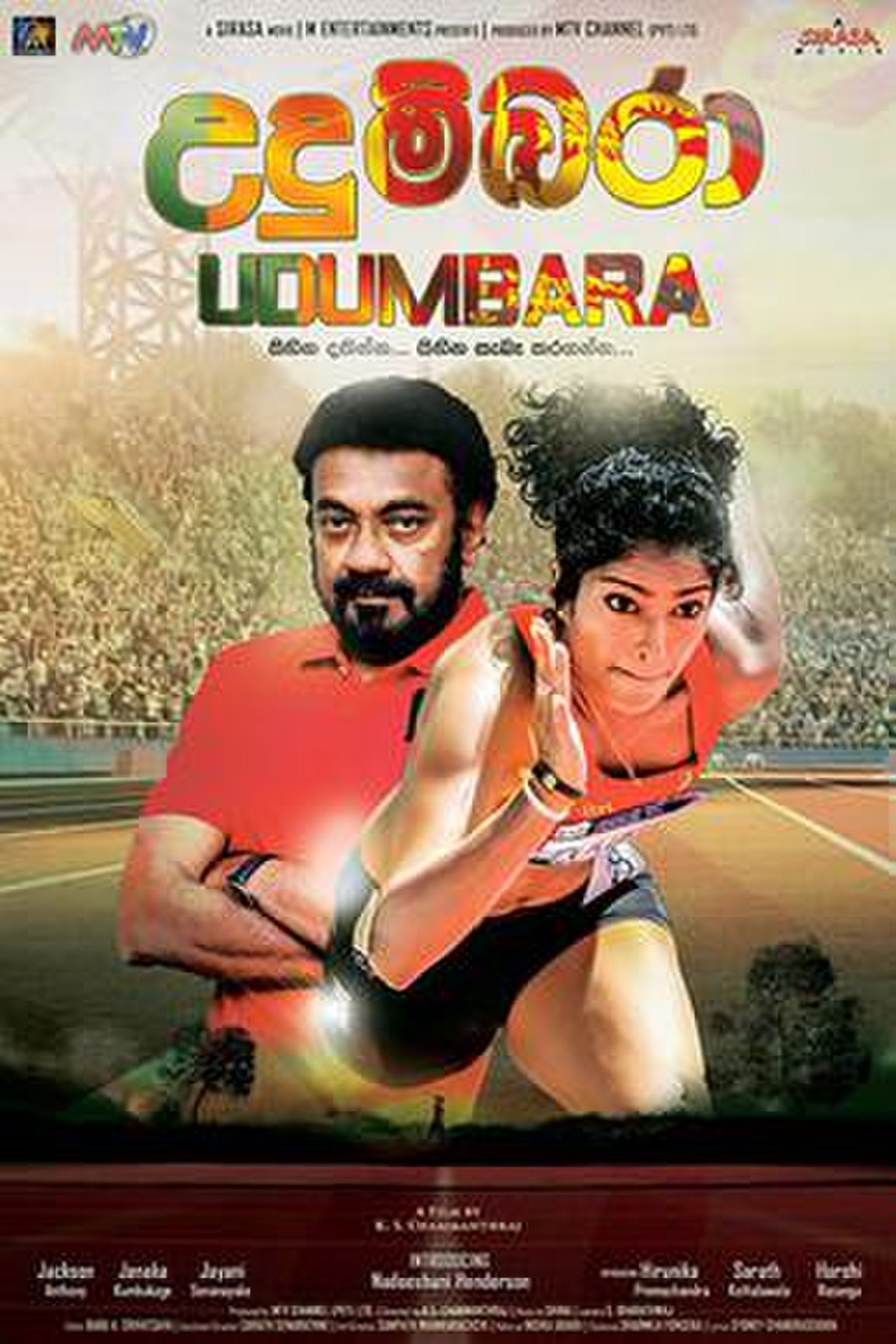 Udumbara is a 2018 Sri Lankan Sinhalese sports drama film directed by K.S Chammanthraj and produced by MTV Channel as a Sirasa Movie. It stars Jackson Anthony Harshi Rasanga and a newcomer Nadeeshani in lead roles along with Sarath Kothalawala and Janaka Kumbukage. Music composed by Dhina. Member of Parliament Hon. Hirunika Premachandra made her acting debut. It is the 1314th Sri Lankan film in the Sinhalese cinema.

Ananda, a sports coach in a rural village school, has become addicted to alcohol due to losing both his wife and his only son in a car accident. He then discovers a running prodigy named Udumbara in the local village school. Becoming interested in Udumbara's talent, Ananda successfully gives up drinking and sets about developing Udumbara's talent. Meanwhile, the court case against the driver of the car which killed Ananda's wife and son progresses, and the accused's sister meets Udumbara. The sister of the accused, known in the story as Mrs. Shanika, turns out to be a coach of some renown, and she, alongside Ananda, train Udumbara. Under their tutelage, Udumbara ends up winning the national championship. The story then progresses to Udumbara's victory in the international stage.