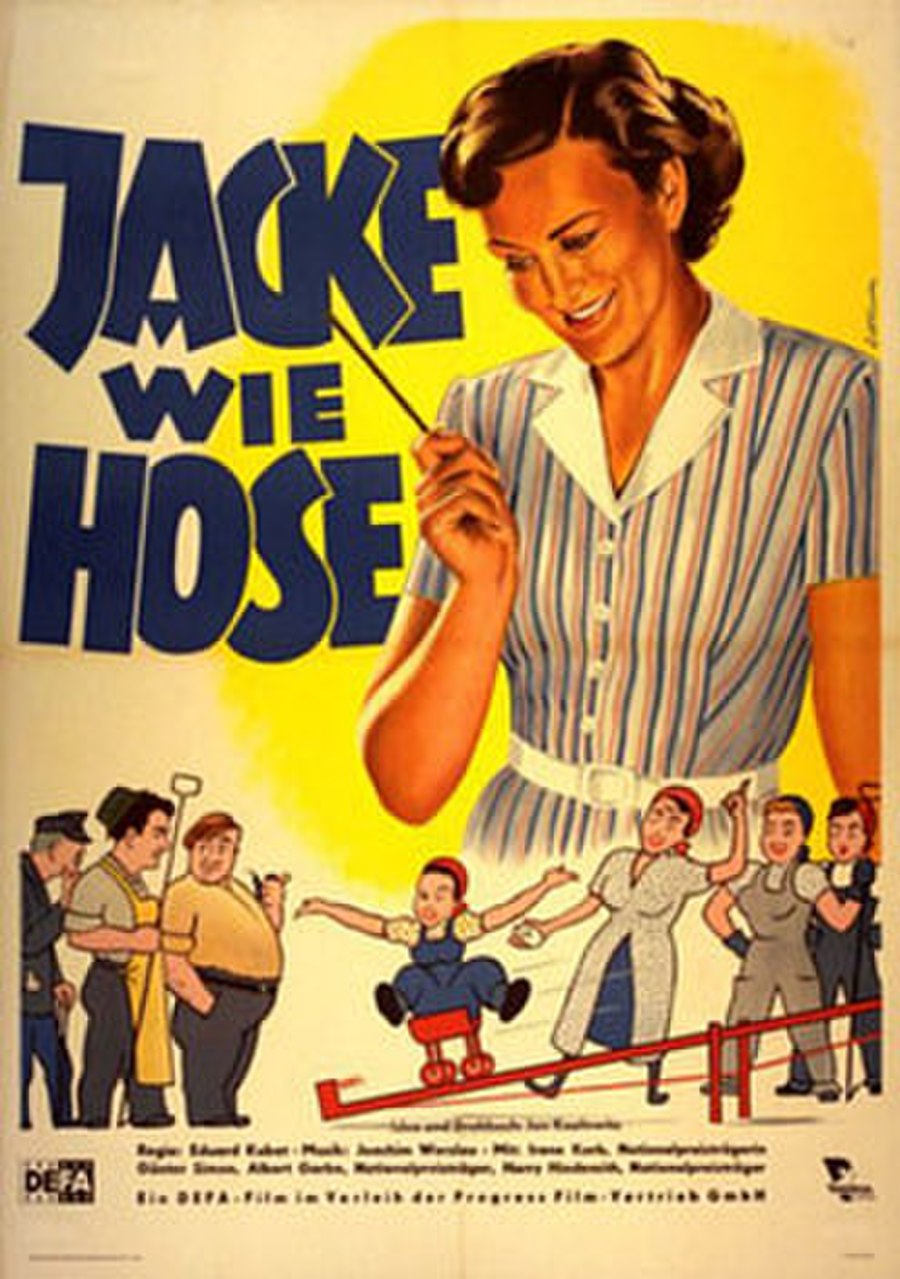 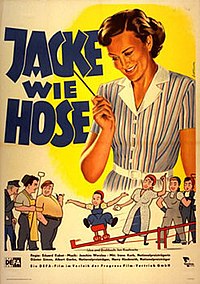 Jacke wie Hose (English-language title: Swings Or Roundabouts) is an East German comedy film, directed by Eduard Kubat. It was released in 1953.

After a new government law forbids women to operate heavy machinery in steel factories, a group of female workers that is determined to lift the ban proposes a competition to their male counterparts: those who will produce the greatest quantity of steel will win. The men are certain that they will be victorious. One of them, Ernst Hollup, is angered by his wife's involvement with the other team, and he demands that she will resign and become a housewife. The women develop a wagon that carries the molten iron to the steel furnace and greatly simplifies their work. They win the competition, as well as the respect of the men. The government lifts the ban.