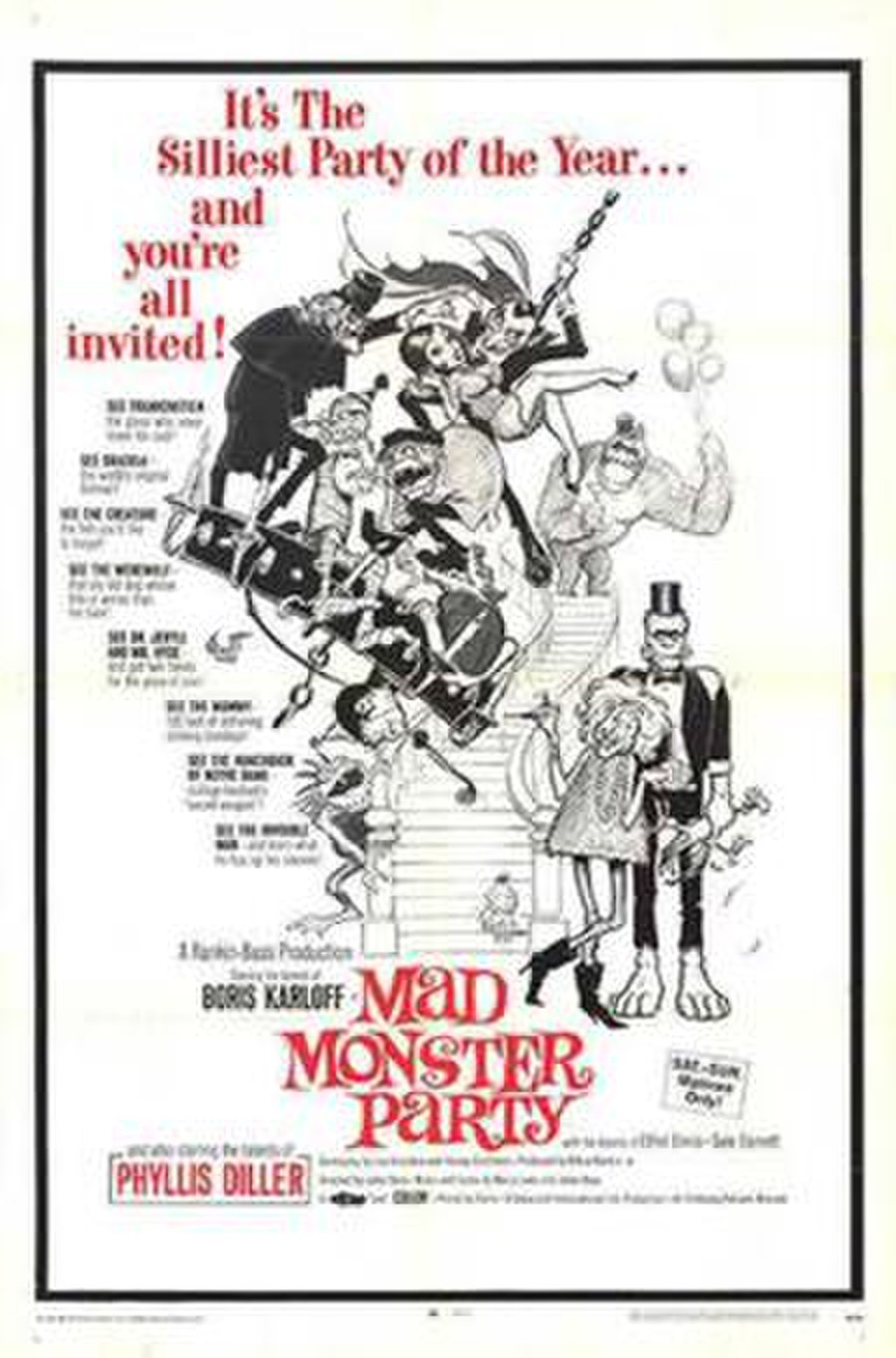 On the Isle of Evil, Baron Boris von Frankenstein (voiced by Boris Karloff) achieves his ultimate ambition, the secret of total destruction. Having perfected and tested the formula, he sends out messenger bats to summon all monsters to the Isle of Evil in the Caribbean Sea. The Baron intends to inform them of his discovery and also to reveal his imminent retirement as head of the "Worldwide Organization of Monsters". Besides Frankenstein's Monster (sometimes referred to as "Fang") and the Monster's more intelligent mate (voiced by Phyllis Diller) who live in the isle's castle with Boris, the invites also include Count Dracula, the Mummy, Quasimodo (referred to as "The Hunchback of Notre-Dame"), the Werewolf, The Invisible Man, Dr. Jekyll and Mr. Hyde, and the Creature from the Black Lagoon (referred to as just "The Creature").