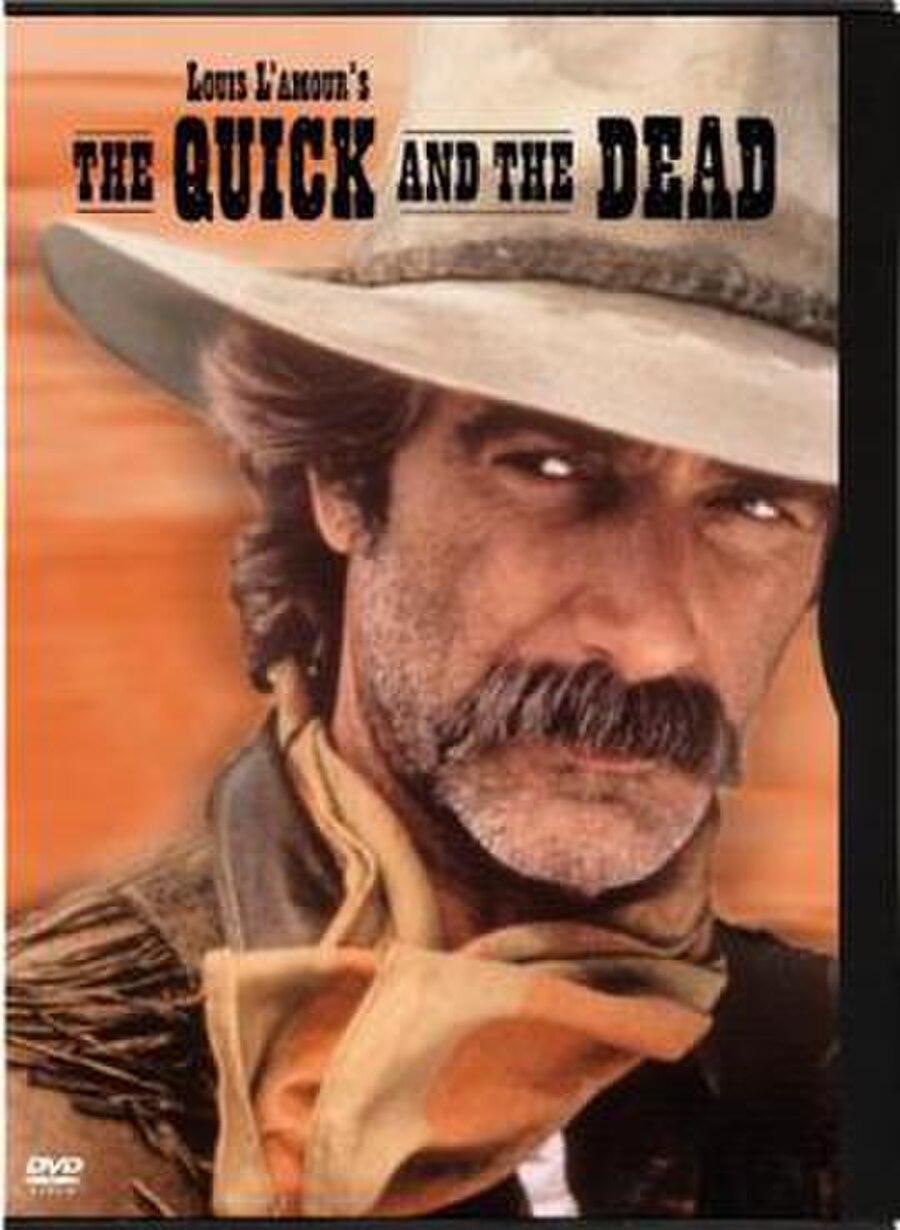 The Quick and the Dead is a 1987 made-for-television western film based on the 1973 novel by Louis L'Amour, directed by Robert Day and starring Sam Elliott, Tom Conti, Kate Capshaw, Kenny Morrison and Matt Clark. The plot of the film bears a strong resemblance to Shane.

The film opens in the Wyoming Territory in 1876. Duncan McKaskel (Tom Conti), his wife Susanna (Kate Capshaw), and their 12-year-old son Tom (Kenny Morrison) are travelling West, hoping to start a new life. They have left a cholera-stricken wagon train and arrive in a small, dilapidated town, where they meet no-good Doc Shabbitt (Matt Clark) and ask for directions. He suggests they stay in a deserted local building, but McKaskel senses danger and they leave. Shabbit decides to steal two of their horses.