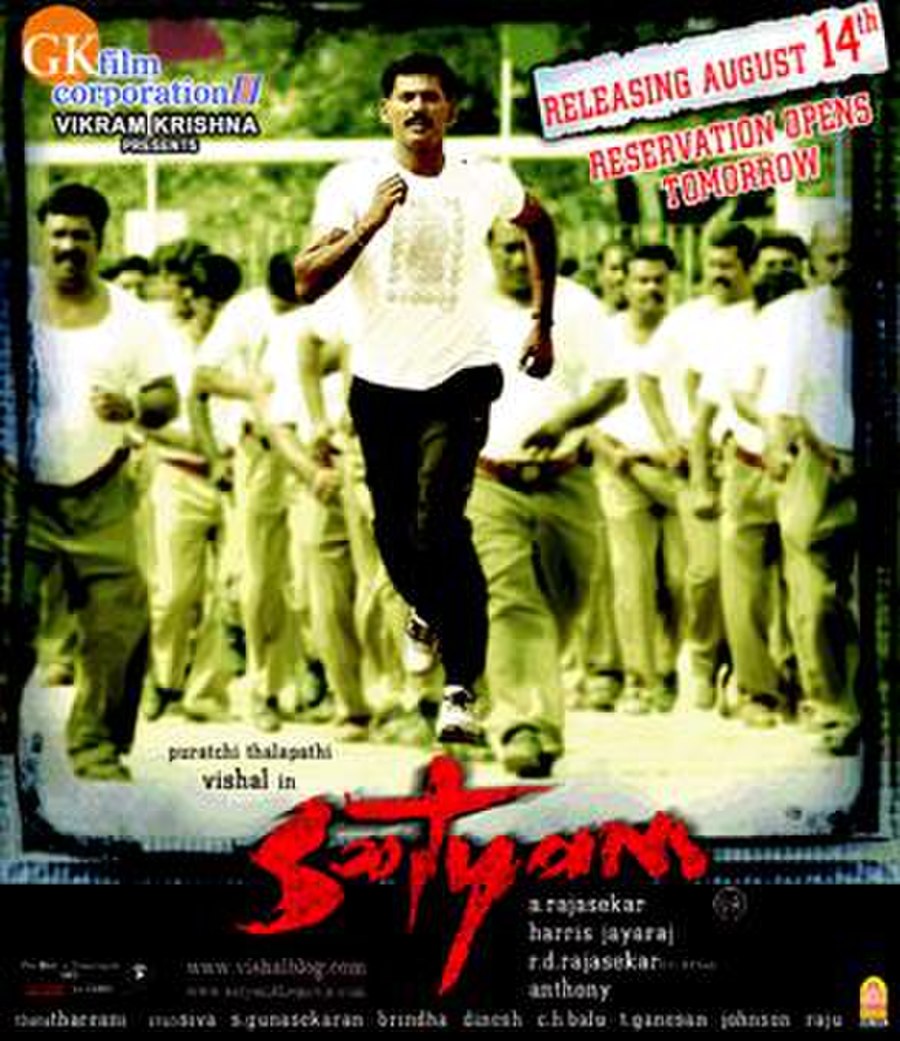 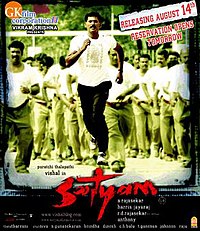 Satyam (English: Promise) is a 2008 Indian action film written and directed by debutante A. Rajasekhar (an associate of Suresh Krissna) in his directorial debut. The film stars Vishal in the role of a cop for the first time. Nayantara plays the female lead role, while Kannada actor Upendra plays the support male lead role. The film was simultaneously shot in Tamil as Satyam and in Telugu as Salute. The film's score and soundtrack are composed by Harris Jayaraj. The film released on 14 August 2008. The film was produced by Vikram Krishna, Vishal's brother.

Satyam begins with Sathyam (Vishal), an assistant police commissioner rescuing a hooligan from encounter thirsty cops, only to arrest him later. He reminds his fellow cops that a cop's duty is to kill crime not criminals. Sathyam meets his first challenge in tracking a mysterious killer of three ministers. In the process, he finds the culprit Manickvel (Upendra), only to receive a rude shock to know his identity.