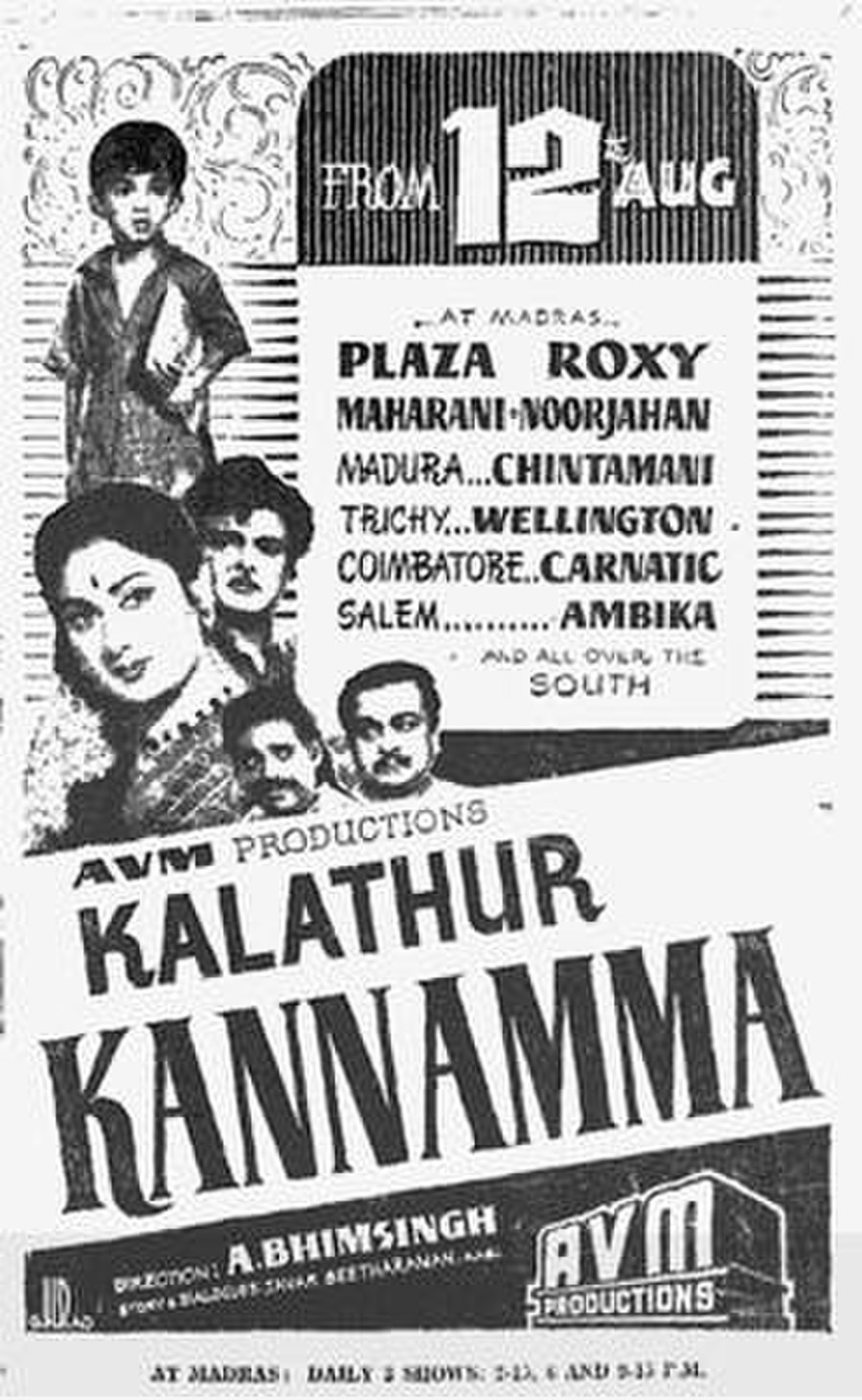 Kalathur Kannamma is a 1960 Indian Tamil-language romantic drama film directed by A. Bhimsingh and written by Javar Seetharaman. The film stars Gemini Ganesh, Savitri Ganesh and Kamal Haasan. It revolves around a couple— a wealthy zamindar's son and a farmer's daughter— who are separated due to circumstances, while their innocent son is forced to grow up in an orphanage.

Rajalingam is the only son of Ramalingam, the zamindar of Kalathur. Kannamma is the daughter of Murugan, a farmer of the same place. On the zamindar advice, Murugan sends his daughter to Madras for higher education. While returning from Madras, Kannamma meets Raja in the train. Noticing her respect and awe for the zamindar, Raja calls himself an electrician visiting the palace. They fall in love. A few days later, Kannamma learns the truth and to reassure her, Raja marries her secretly in a temple.