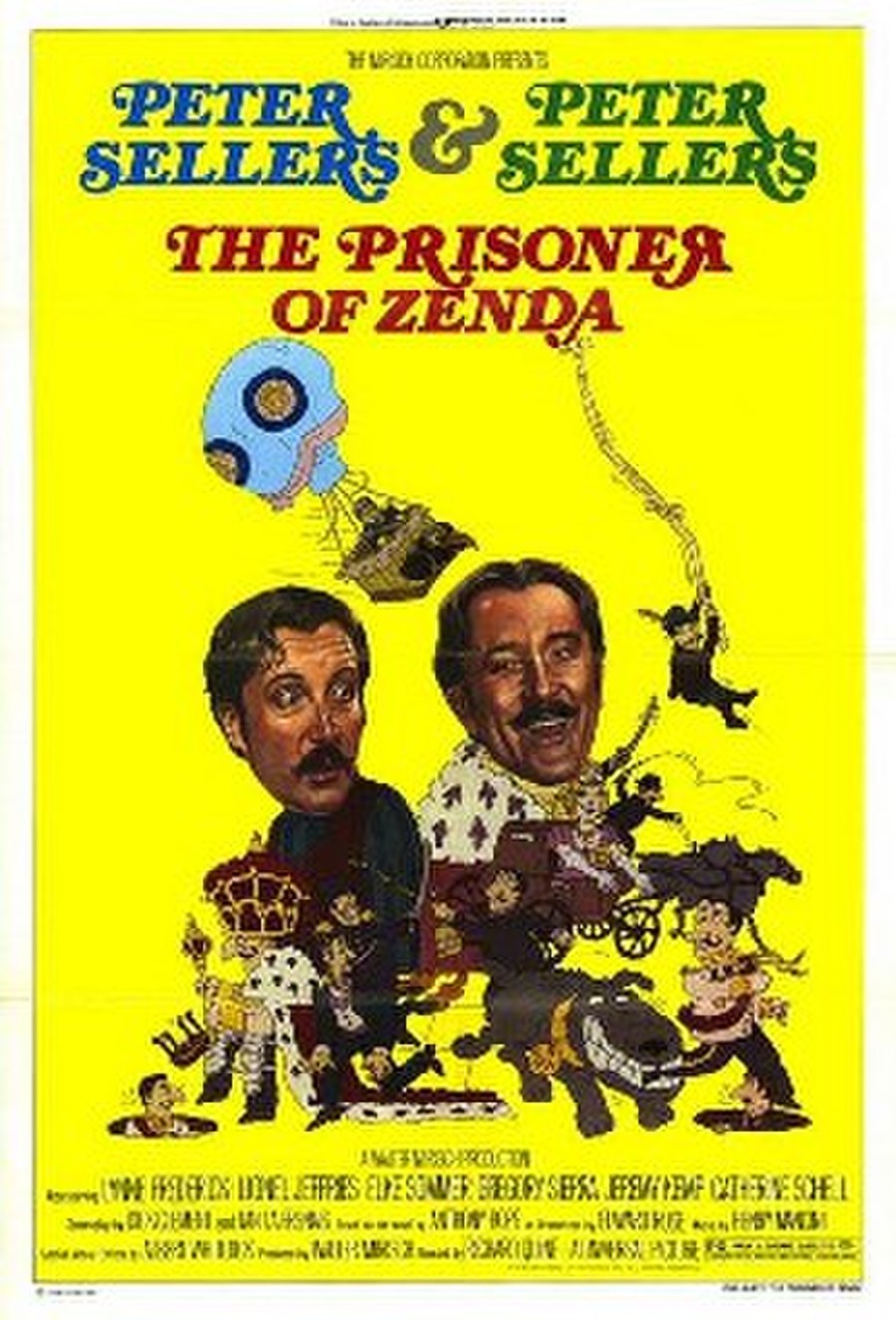 The Prisoner of Zenda is a 1979 American comedy film directed by Richard Quine and adapted from the 1894 adventure novel by Anthony Hope. The novel tells the story of a man who has to impersonate a king, whom he closely resembles, when the king is abducted by enemies on the eve of his coronation. An earlier adaptation of the story was made into a film in 1952 starring Deborah Kerr and Stewart Granger, and directed by Richard Thorpe.

King Rudolf IV (Sellers) dies in a balloon accident upon the celebration of his seventieth birthday. In order to secure the throne, General Sapt and his nephew Fritz travel to London, where the King's son, Rudolf V (Sellers), resides and lives through the day in London's pleasure establishments; but the King's demented half-brother Michael (Kemp), thinking that he is the better claimant, sends an assassin after them. Hansom cab driver Sydney (or Sidney) Frewin (Sellers), the new King's half-brother from an affair with a British actress, rescues Rudolf from an assassination attempt. Once his resemblance to the King is noticed, Frewin is hired by the general ostensibly as the King's coachman, but actually to play the role of decoy. The ruse is quickly uncovered, however, when during an attack by Michael's men the royal guardsmen address Frewin as their new king, and the two look-alikes get acquainted.