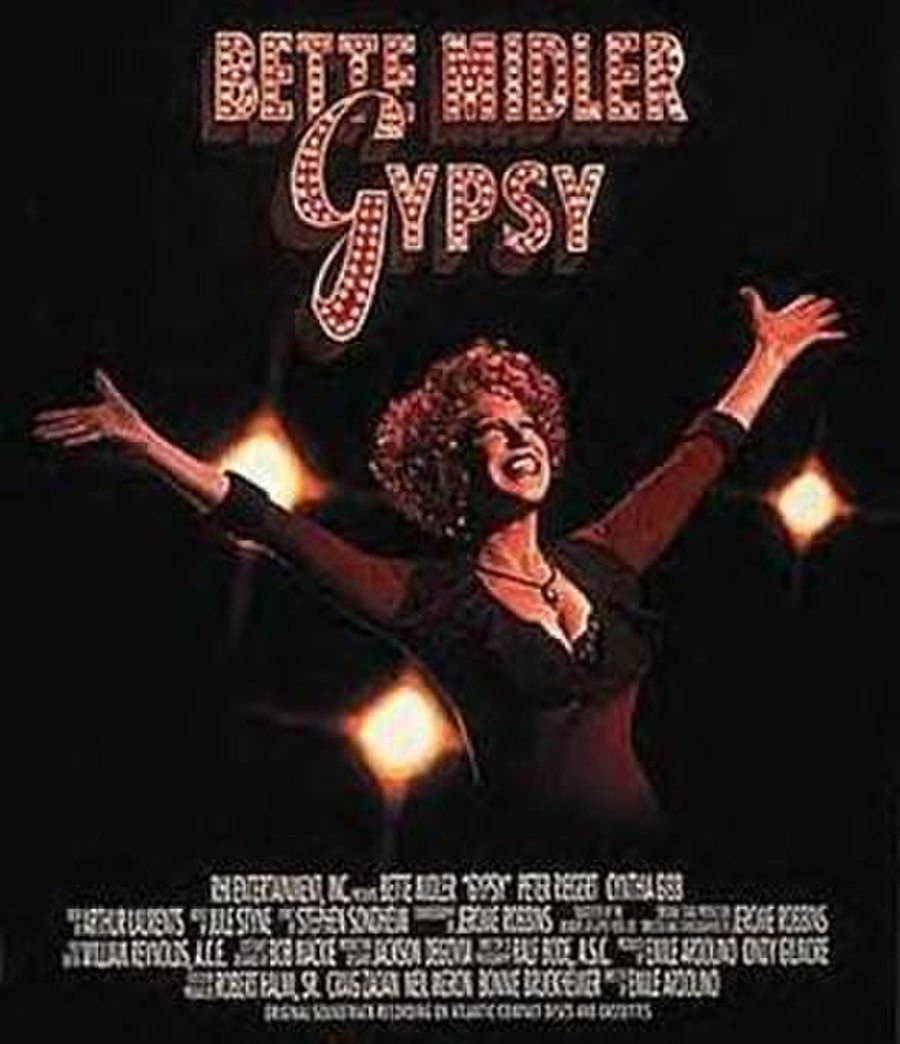 Gypsy is a 1993 American made-for-television biographical musical comedy-drama film directed by Emile Ardolino. The teleplay by Arthur Laurents is an adaptation of his book of the 1959 stage musical Gypsy, which was based on the 1957 autobiography Gypsy: A Memoir by Gypsy Rose Lee.

Determined to make her young, blonde, and beautiful daughter, June, a vaudeville headliner, willful, resourceful, domineering stage mother Rose Hovick will stop at nothing to achieve her goal. She drags June and her shy, awkward, and decidedly less-talented older sister, Louise, around the country in an effort to get them noticed, and with the assistance of agent Herbie Sommers, she manages to secure them bookings on the prestigious Orpheum Circuit.