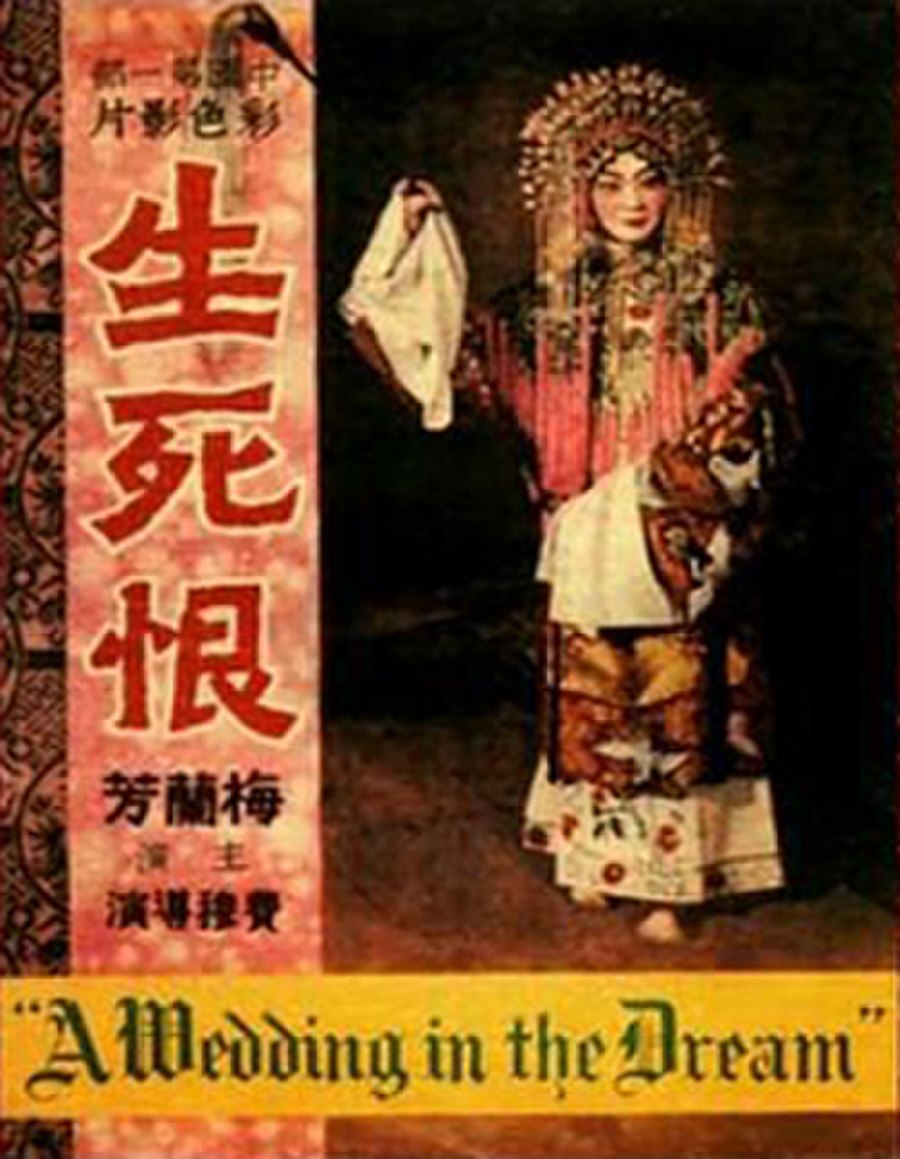 A Wedding in the Dream is a 1948 Chinese Peking opera film directed by Fei Mu and generally considered China's first color film. It starred and was co-written by Mei Lanfang, one of the century's best-known Chinese opera singers. The film is also known as Happiness Neither in Life Nor in Death and Remorse at Death.