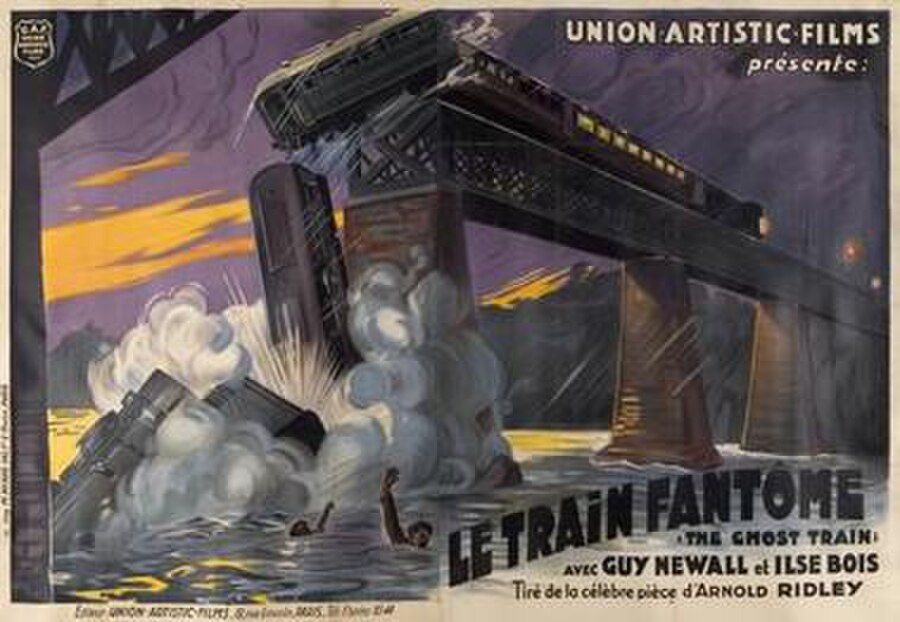 The Ghost Train is a 1927 German-British crime comedy film, directed by Géza von Bolváry and starring Guy Newall, Ilse Bois, and Louis Ralph. It is an adaptation of Arnold Ridley's play The Ghost Train. The film was a co-production between Gainsborough Pictures and Phoebus Film and was shot at the latter's Staaken Studios in Berlin. The film was released in France as Le Train Fantome. Some sources have reported over the years that the film was directed by famed Hungarian director Michael Curtiz but, according to critic Troy Howarth, "he's not credited on the prints, nor is the title attributed to him in any reputable source". The story was filmed again (with sound) in 1931.

Some strange supernatural phenomenon starts to occur in a train station, leading members of the public to avoid the place. It turns out some criminals are faking the strange events to keep people away from the station to protect their smuggling operations.