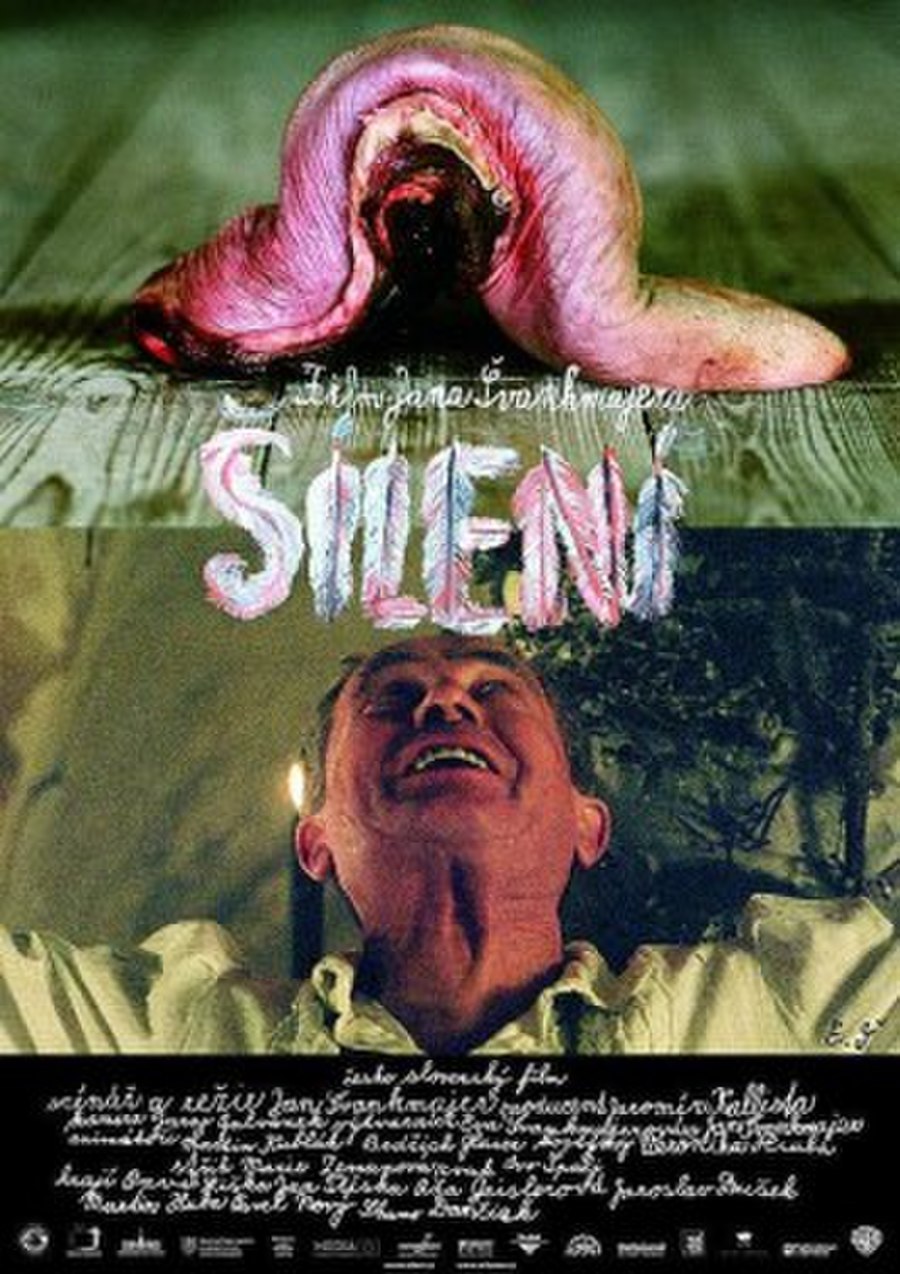 Lunacy is a 2005 Czech film by Jan Švankmajer. The film is loosely based on two short stories, "The System of Doctor Tarr and Professor Fether" (1845) and "The Premature Burial" (1844), by Edgar Allan Poe. It is also partly inspired by the works of the Marquis de Sade. The film was shot between October 2004 and April 2005, on location in the village of Peruc close to Prague, and in Švankmajer's studio in the village of Knovíz.

Jean Berlot (Liska) is a deeply troubled man who has been haunted by violent hallucinations of being stuffed into a straitjacket by two orderlies since the death of his mother, who was committed to a mental institution before she passed on. While arranging his mother's funeral, Jean meets a fellow who claims to be the Marquis de Sade (Triska) and lives as if he's in 18th-century France rather than the 21st-century Czech Republic. Jean strikes up an alliance with the Marquis, though they can hardly be called friends, but is horrified by the Marquis' debauchery, namely the blasphemous orgy that Jean spies through an open window. The Marquis drops dead after choking on a banana the following day, and Jean is ordered at gunpoint to assist the servant Dominik (Nový) in burying the coffin in the family mausoleum. The next morning Jean and Dominik are awakened by a bell, and after opening the stone of the mausoleum, the Marquis reveals it had all been an elaborate prank. His mother had died after being buried alive, and he finds it therapeutic to relive this childhood memory that haunts him.