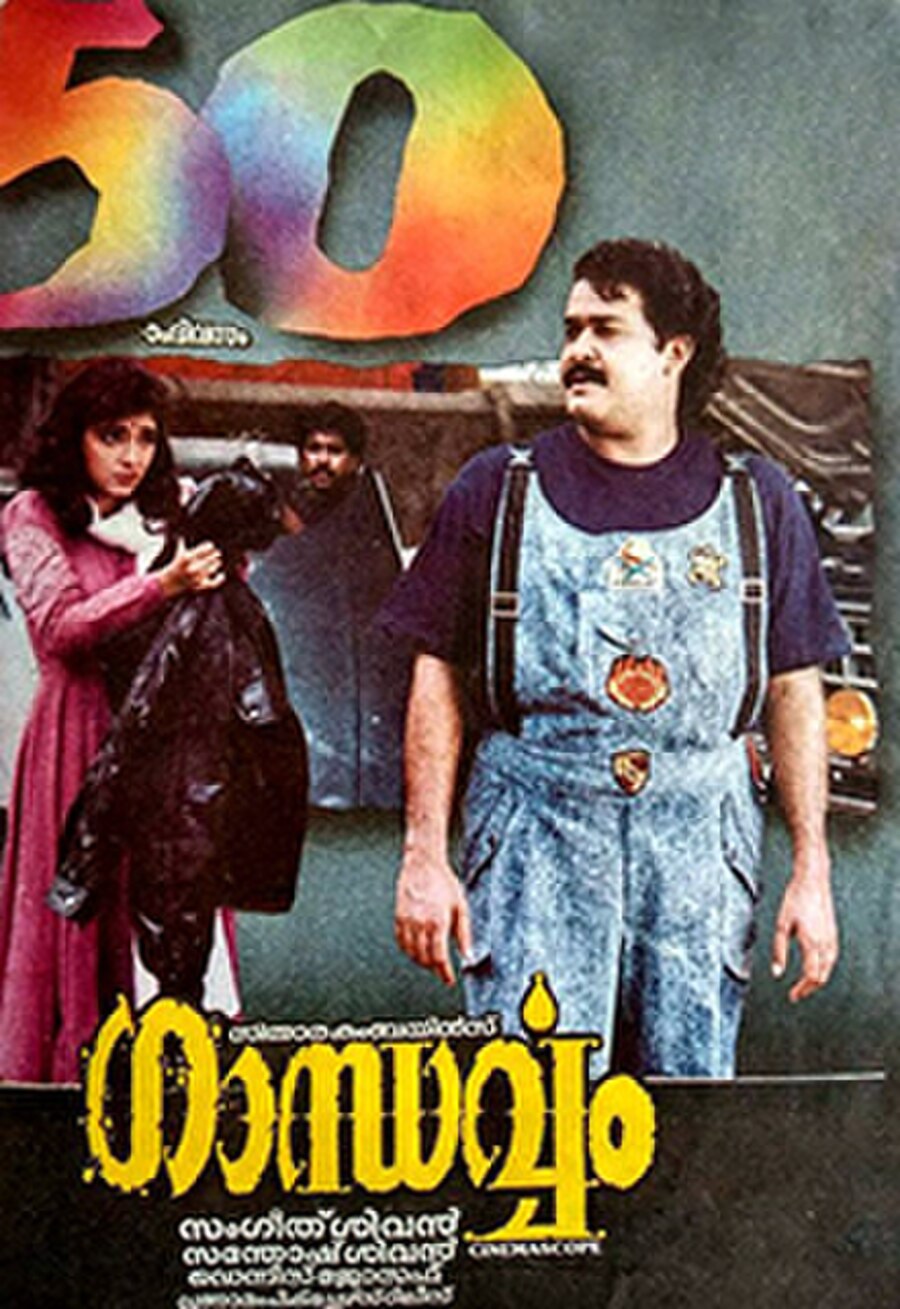 Gandharvam is a 1993 Indian Malayalam-language romantic comedy film directed by Sangeeth Sivan and written by Dennis Joseph from a story by Alex I. Kadavil and Sivan. It was produced by Suresh Balaje and stars Mohanlal and Kanchan (in her Malayalam debut) in the lead roles, while Jagathi Sreekumar, Devan, Vijayakumar, Prem Kumar and Kaviyoor Ponnamma appears in supporting roles. The music was composed by S. P. Venkatesh.

Sam Alexander, a fun-loving automobile workshop owner is more keen in scripting and directing theatrical plays than running his business. A theater addict, Sam, along with his friends, Pappu Mesthiri, Mammoonju, and Preman, is now working on Shakunthalam, the famous play by Kalidasa. Gracy Kutty, his mother, is worried with his easy-going and careless attitude towards life.