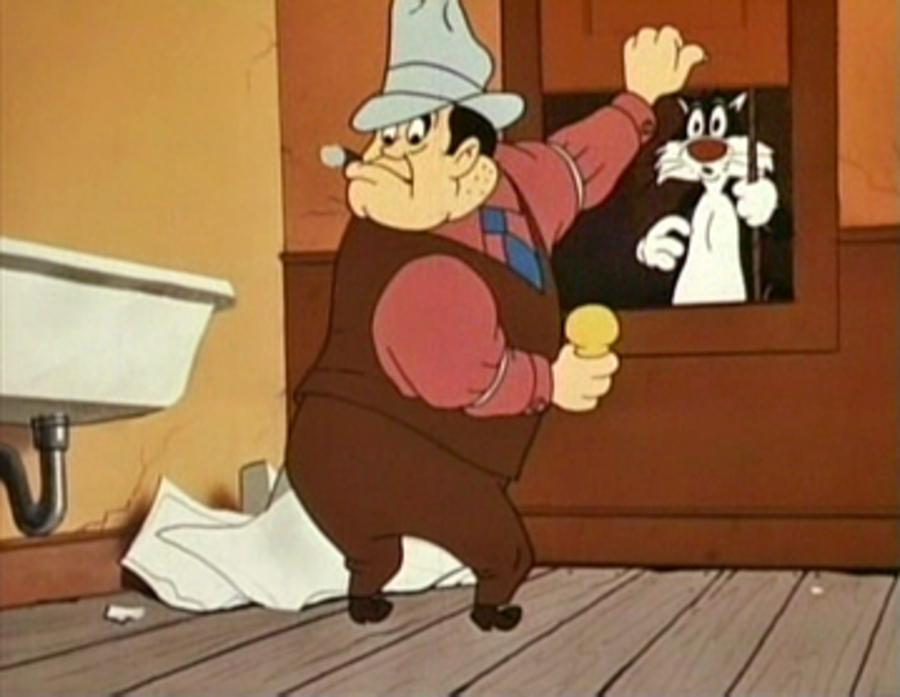 Catty Cornered is a 1953 Warner Bros. Merrie Melodies cartoon directed by Friz Freleng. The short was released on October 31, 1953, and stars Tweety and Sylvester. It features a forerunner of the Rocky and Mugsy duo.

Tweety, who is a rare and valuable bird, has been captured and held for ransom by a duo of criminals: Rocky and his assistant Nick. Sylvester, who is interested only in finding food to eat, makes a number of attempts to steal Tweety: