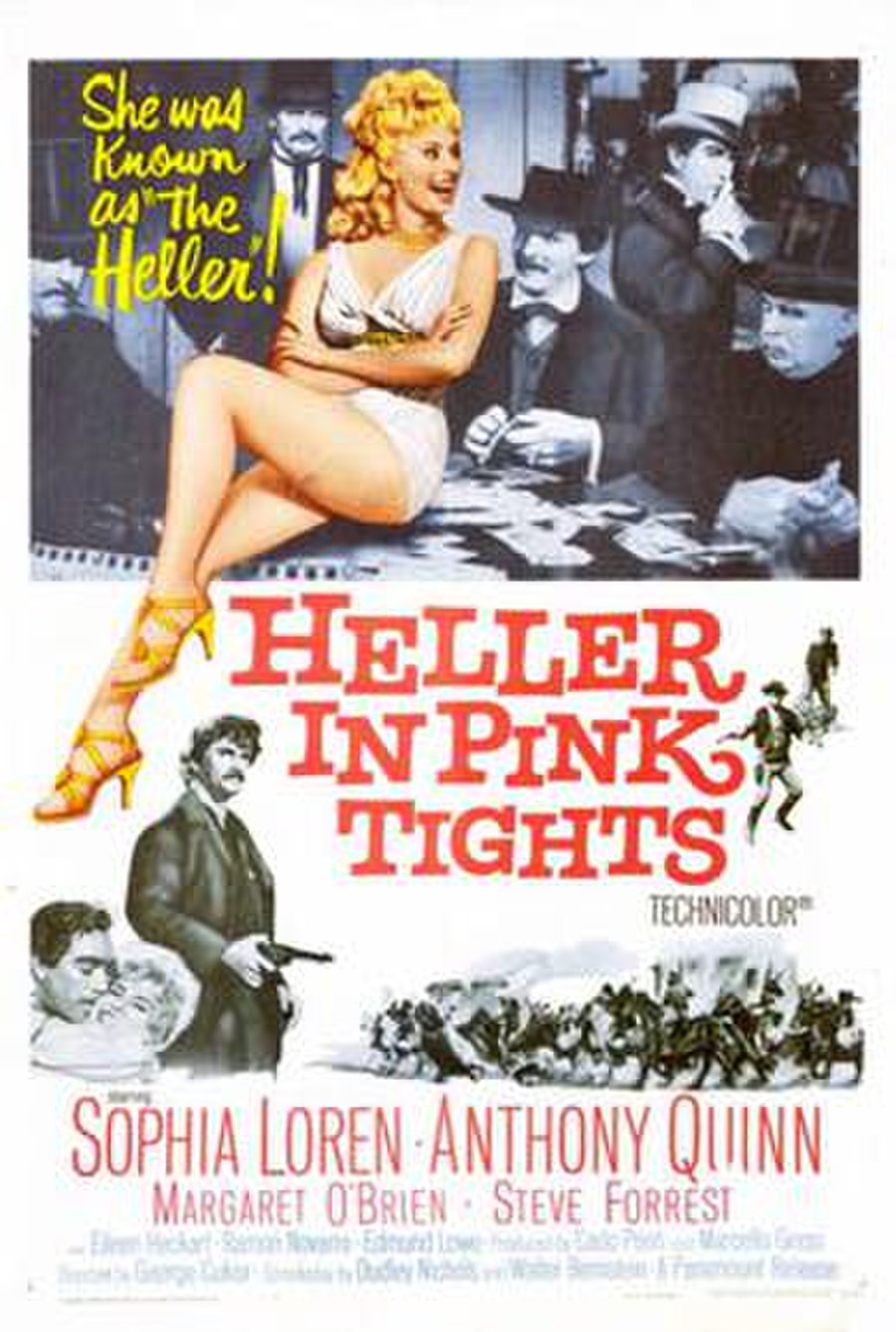 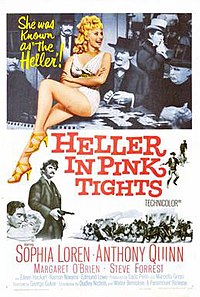 Heller In Pink Tights is a 1960 Technicolor western film adapted from Louis L'Amour's novel, Heller with a Gun. It stars Sophia Loren and Anthony Quinn and was directed by George Cukor.

In the 1880s, followed by bill collectors, the Healy Dramatic Company arrives in Cheyenne to play at the west’s grandest theater. Continental actress Angela and owner-manager Tom Healy head a troupe that includes Della as ingenue, her mother, a character actress, Lorna, and a grand old Shakespearean ham, Doc Montague. After a creditor arrives, Angela collects a night’s receipt from a man named Pierce, the theater owner. She risks it all in a poker game with gunslinger Clint Mabry, puts herself up as collateral, and loses.