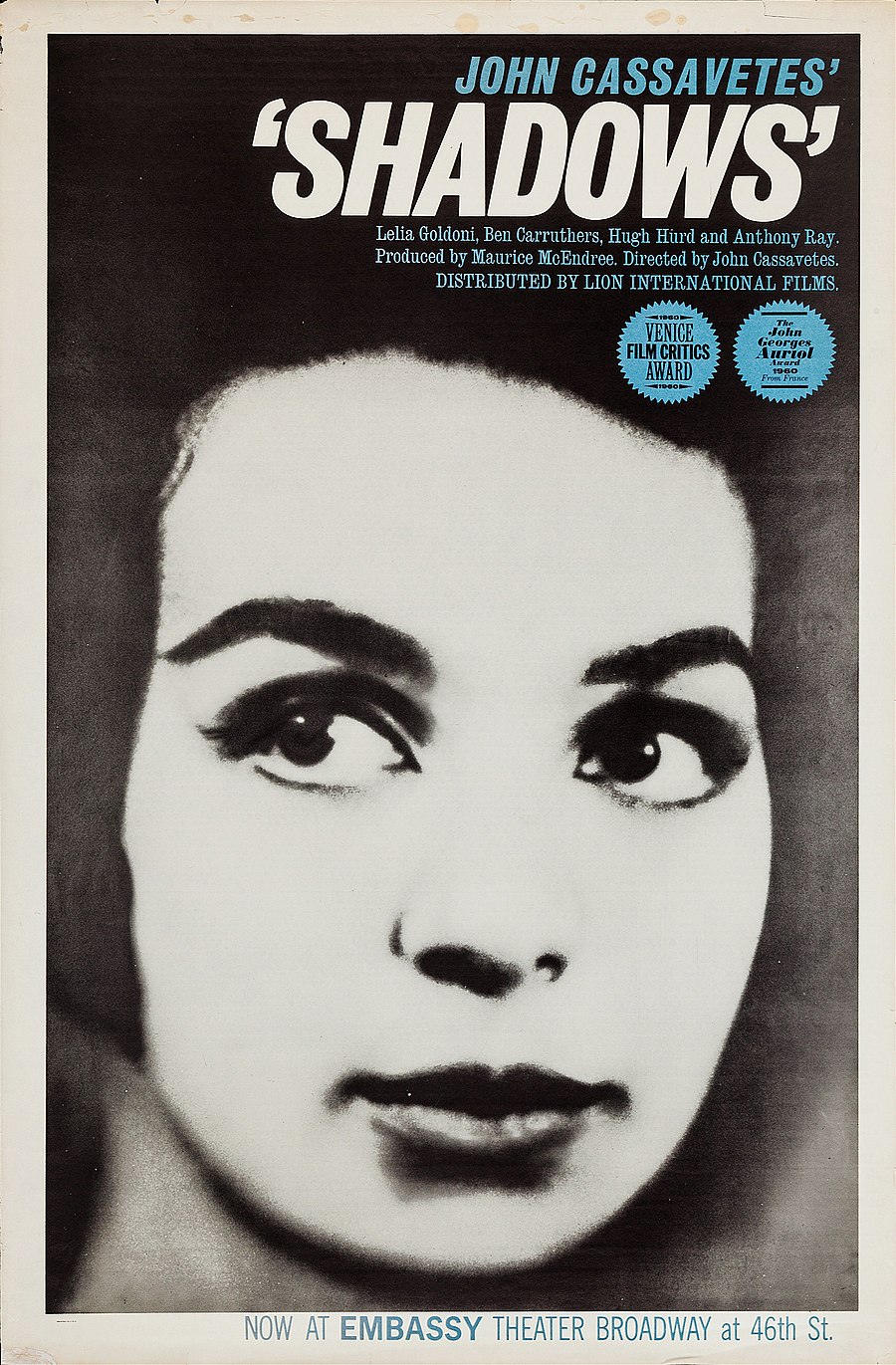 Shadows is a 1959 American independent drama film directed by John Cassavetes about race relations during the Beat Generation years in New York City. The film stars Ben Carruthers, Lelia Goldoni, and Hugh Hurd as three African-American siblings, though only one of them is dark-skinned. The film was initially shot in 1957 and shown in 1958, but a poor reception prompted Cassavetes to rework it in 1959. Promoted as a completely improvisational film, it was intensively rehearsed in 1957, and in 1959 it was fully scripted.

Ben, diffident and awkward, is meant to be a jazz trumpeter but wastes his time drinking in Manhattan bars and trying to pick up girls with two fellow-idlers, Dennis and Tom. He is supported by his brother Hugh, who is supposed to be a jazz singer but is unable to find much work because of his old-fashioned style. Hugh's career is managed by Rupert. Ben and Hugh live with their fair-skinned, younger sister Lelia, who intends to be a writer. Initially, she is under the wing of older, intellectual David, but at a party, she abandons him for the younger Tony, who takes her virginity. Seeing her home, he is shocked to find that her family are black and is kicked out by Hugh, who does not want his sister going with a bigoted white man. Lelia is paired with a pleasant black man, who is shocked at the independent ways she has acquired. Ben, after getting beaten up for trying to muscle in on some girls in a bar, may have learned a lesson. Hugh, who may at last have made some compromises over his act, gets a booking in Chicago.