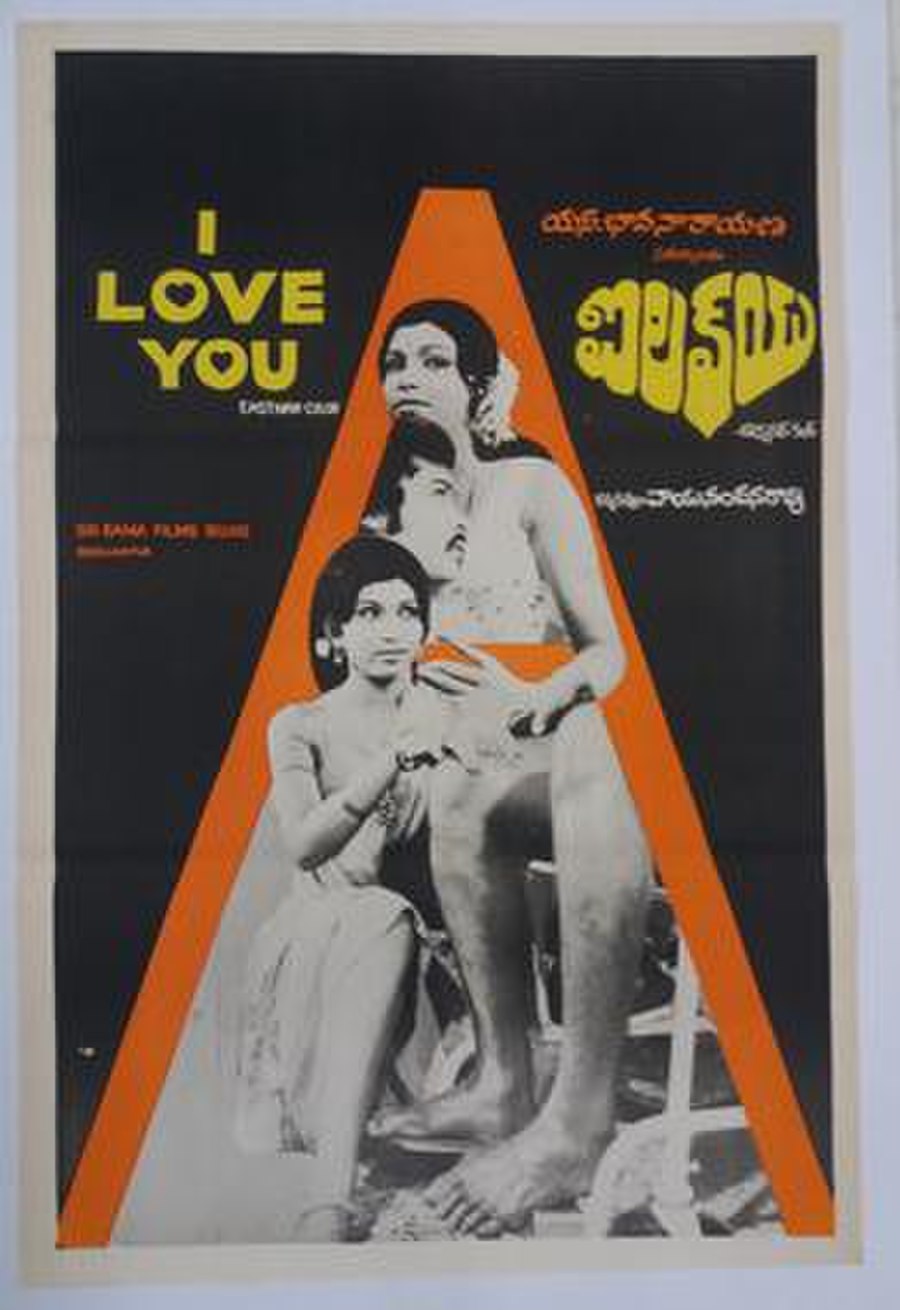 I Love You is a 1979 Telugu-language film that was directed by Vayu Nandana Rao. This film starred Chiranjeevi, Suvarna, Prasad Babu, P. L. Narayana and others. It was simultaneously filmed in Kannada with the same title starring Shankar Nag with Suvarna reprising her role.

Ramesh's (Chiranjeevi) daily routine involves driving along with his friends, seducing young women and ditching them. He targets Suvarna, a middle-class girl who has comes from a village for her education. Suvarna is accompanied by her cousin Prasad Babu who wants to marry her and becomes jealous when he finds Suvarna in Ramesh's car. He warns her, but Suvarna gets attracted towards Ramesh and one day, Ramesh ditches her. Later, Suvarna knows that Ramesh met with an accident and is now unable to walk and is spending time in a wheelchair. She uses Ramesh's cousin and finds a place in his home and treats him as a nurse.