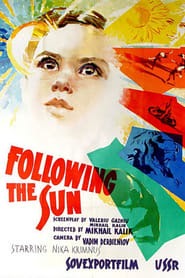 The film follows a little boy through the megacity (Chișinău) on his pursuit to get the sun, because, as another boy tells him that going straight he will be able to get the sun, walk around the globe, and return to the place of his departure but from a different side. The world of adults and the spaces they inhabit are viewed from a child's perspective.