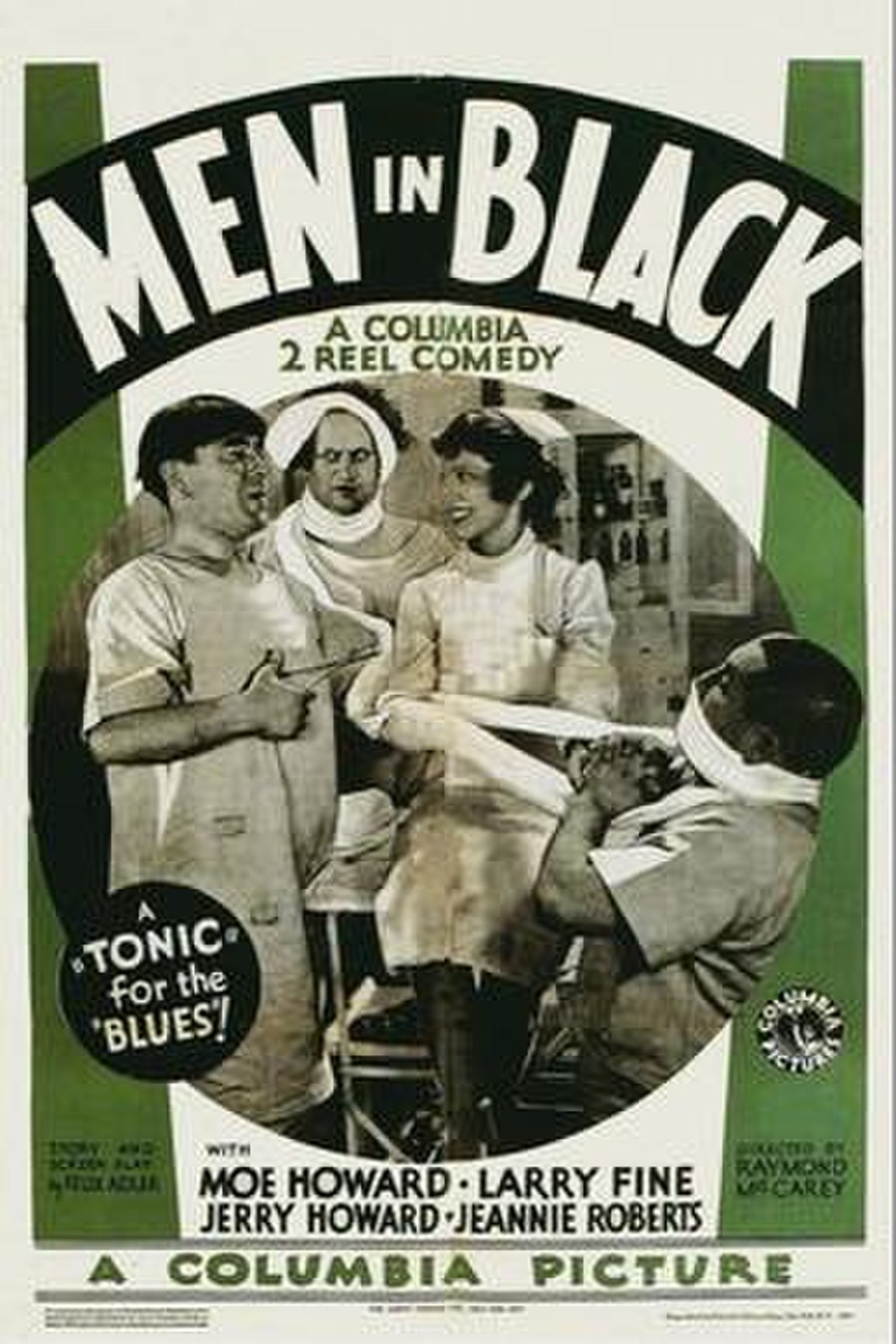 Men in Black is a 1934 short subject directed by Raymond McCarey starring American slapstick comedy team The Three Stooges (Moe Howard, Larry Fine and Curly Howard). It is the third entry in the series released by Columbia Pictures starring the comedians, who released 190 short subjects for the studio between 1934 and 1959.

The trio play medical school graduates whose only credentials are that they had the highest temperatures in their class. (They are hired as doctors at the Los Arms Hospital solely because they have been in their senior class for too many years, however.) The new graduates at the hospital are warned by the superintendent (Dell Henderson) that the Stooges are "not overly bright," but it is promised that their identities will be concealed as long as they promise to devote their lives to "the glorious cause of duty and humanity", which prompts the three to step forward and thank him profusely for not being able to let their identities be known. The superintendent has told the Stooges to rush and answer the loudspeaker whenever their names are called. The short consists of a series of skits in which the Stooges go from one patient to the next, making mistakes ranging from drinking a patient's medicine to sewing their tools inside a man on the operating table.