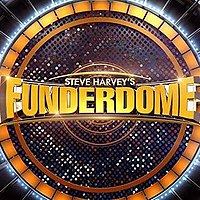 Steve Harvey's Funderdome, a portmanteau of funding and Thunderdome, is an American business reality competition show that premiered June 11, 2017 on ABC and produced by MGM Television. In a format similar to Shark Tank, the show features two contestants who pitch products to a studio audience which votes on who will get seed funding for their project.