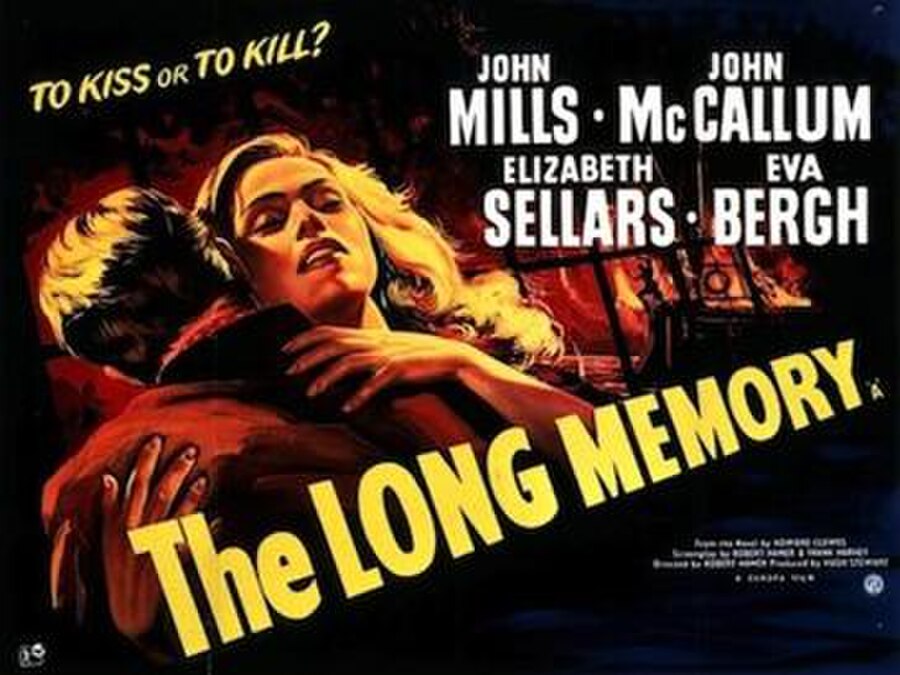 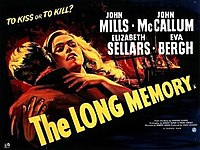 The Long Memory is a black-and-white 1953 British crime film directed by Robert Hamer and based on the 1951 novel of the same title by Howard Clewes. Filmed on Waterloo Railway Station, the North Kent Marshes on the Thames Estuary and the dingy backstreets of Gravesend, Kent, mainly Queen Street, its bleak setting and grim atmosphere have led to its acclaim as a British example of film noir.

Phillip Davidson boards a boat and embraces Fay Driver. Then he goes down below to try to convince her father, Captain Driver, not to involve Fay in his criminal activity. However, Boyd brings aboard Delaney (a man he has agreed to smuggle out of the country) and two henchmen. When Boyd demands that Delaney pay him £500, rather than £200, a fight erupts, and Boyd knocks Delaney out. A broken oil lamp starts a fire, attracting the attention of the authorities, and Philip is fished out of the water. A charred corpse is found in the sunken boat. The Drivers and Tim Pewsey perjure themselves by identifying the dead man as Boyd, rather than Delaney, and claiming there was no other man present. This leads to Philip's conviction for Boyd's murder. Granted leniency, he spends 12 years in prison.