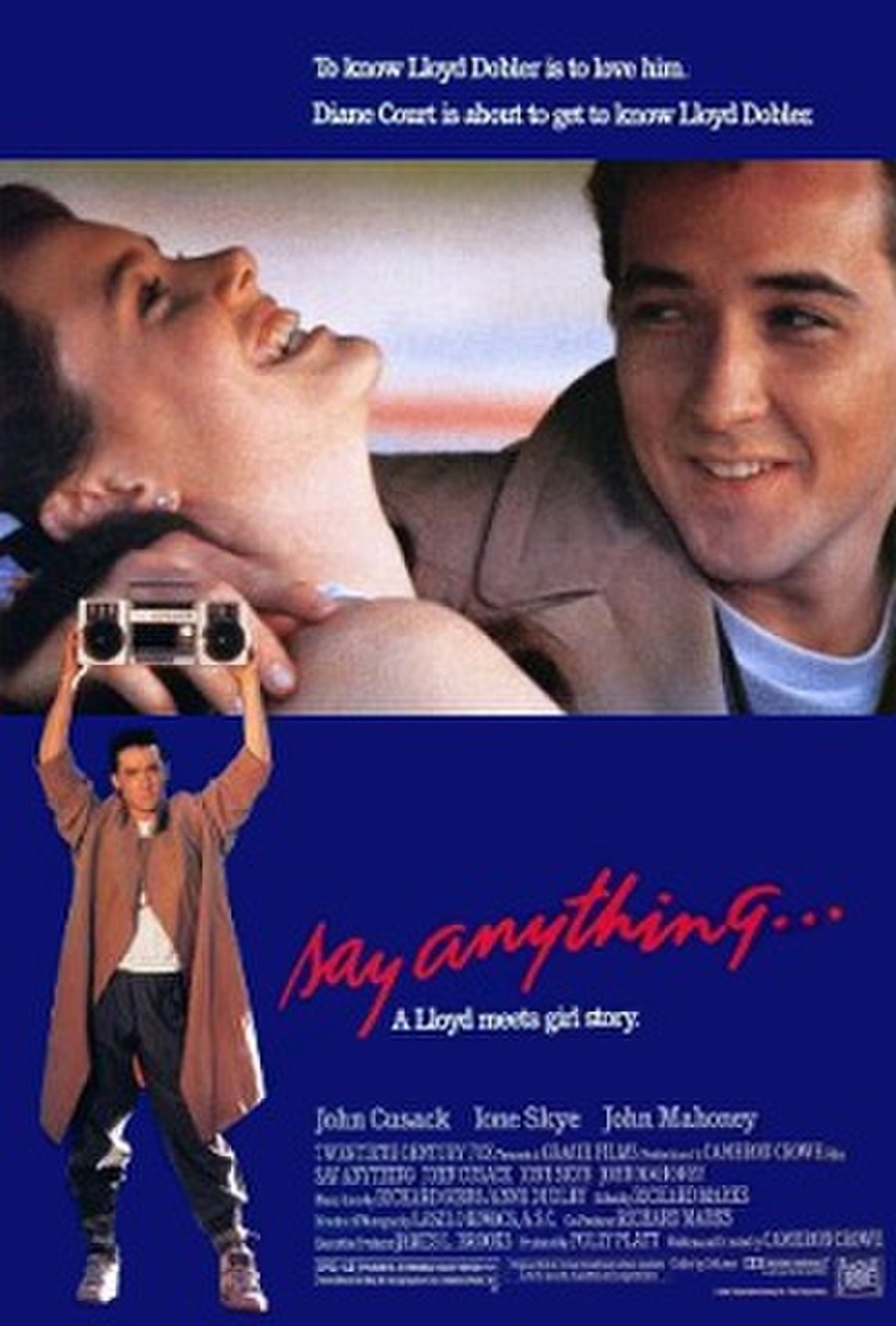 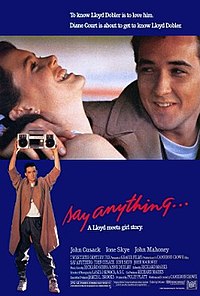 Say Anything... is a 1989 American teen romantic comedy-drama film written and directed by Cameron Crowe in his directorial debut. The film follows the romance between Lloyd Dobler (John Cusack), an average student, and Diane Court (Ione Skye), the class valedictorian, immediately after their graduation from high school. In 2002, Entertainment Weekly ranked Say Anything ... as the greatest modern movie romance, and it was ranked number 11 on Entertainment Weekly list of the 50 best high-school movies.

Noble underachiever Lloyd Dobler (John Cusack) falls for valedictorian Diane Court (Ione Skye) at their high-school graduation ceremony. Lloyd lives with his sister Constance (Cusack's real-life sister Joan Cusack), a single mother, and has no plans for his future. Diane comes from a sheltered academic upbringing and lives with her doting divorced father Jim (John Mahoney), who owns the retirement home where she works. She is due to take up a fellowship in England at the end of the summer.