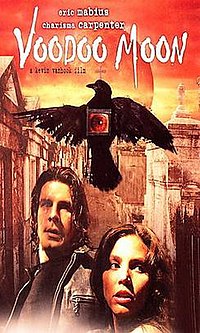 Voodoo Moon is a 2006 horror film written and directed by comic book artist and writer Kevin VanHook. It aired as a Sunday night movie on the Sci-Fi channel on June 4, 2006.

A demonic being destroys an entire town, save a young boy and his sister. Twenty years later, the sister is an artist with psychic abilities and her brother has grown obsessed with tracking down the demon who took out his town. Together, they fight to destroy the evil being that could kill them both.