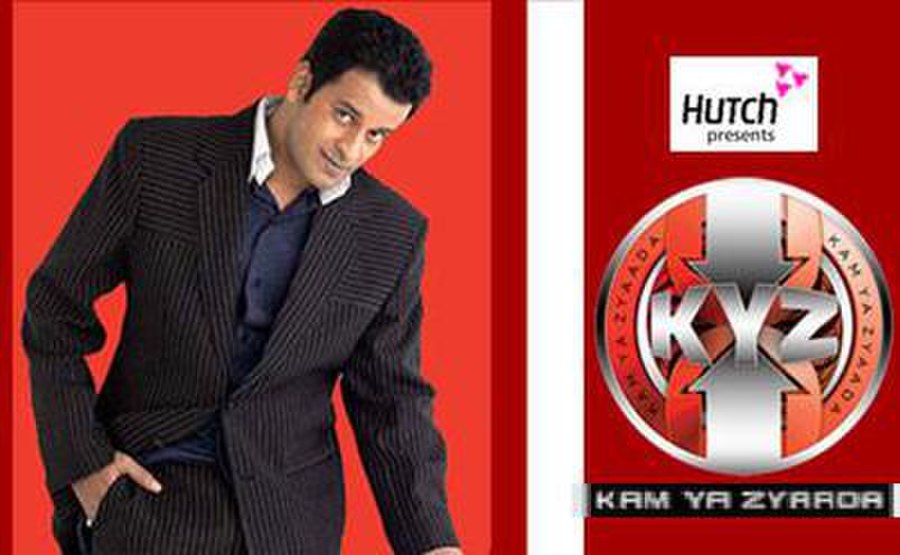 Kam Ya Zyaada is an Indian quiz show that aired on Zee TV channel in December 2005. The series aired every Monday – Friday at 8:30pm IST, and competed with Sony TV's Deal Ya No Deal. An adaptation of the Danish show Gimme Five, Kam Ya Zyaada has a Rs. 30 million top prize—one of the highest prizes among all the reality shows aired on Indian television networks. The prize is reduced to 3 contestants playing the second round and finally the highest money winner in the first 2 rounds plays round 3 for the Rs. 30million jackpot. All the questions are only to be answered with either "Kam" (less) or "Zyaada" (more) – increasing the chances of winning to 50%. The series premiered on 5 December 2005, and was presented by the versatile and acclaimed actor Manoj Bajpai.