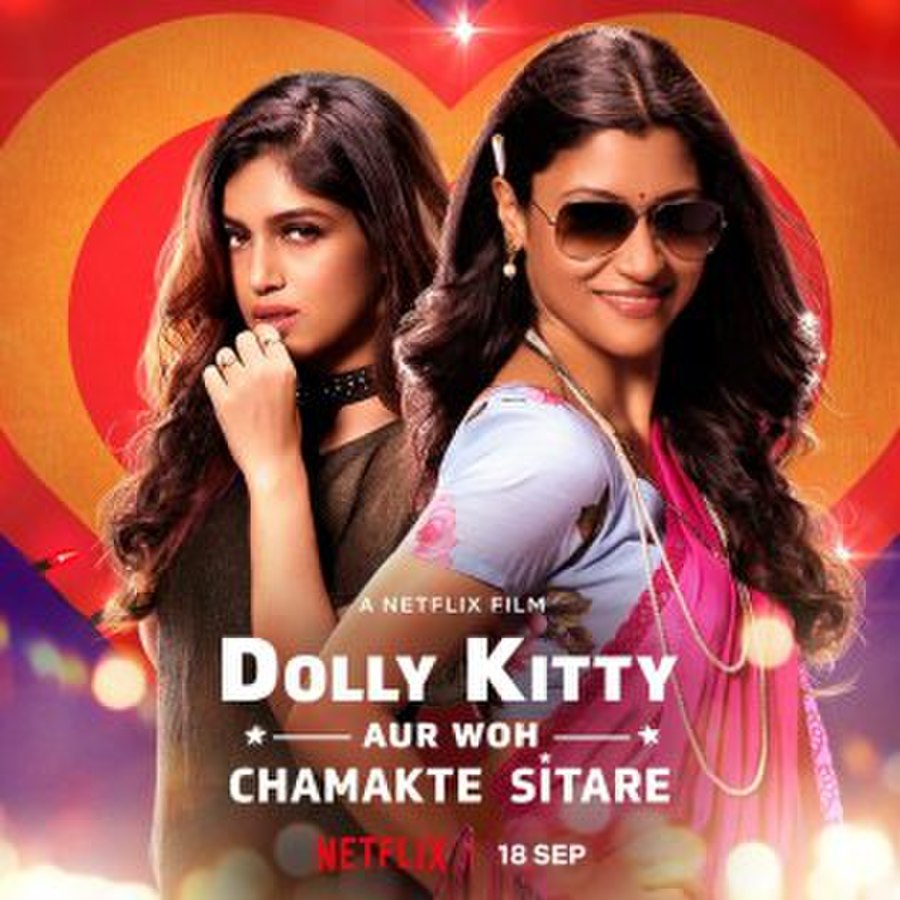 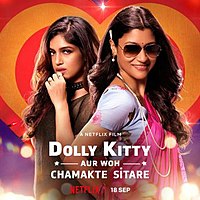 Dolly Kitty Aur Woh Chamakte Sitare is a 2020 Indian Hindi-language film starring Konkona Sen Sharma and Bhumi Pednekar. The film is directed by Alankrita Shrivastava and is produced by Ekta Kapoor and Shobha Kapoor under their banner Balaji Telefilms. The film also features actors Vikrant Massey and Amol Parashar opposite the leading actors.

Radha "Dolly" Yadav is part of a middle-class family in Noida with her husband Amit and two sons. While they are financially stable, they struggle to pay the installments for a new luxury apartment they are in the process of purchasing. Unbeknownst to Amit, Dolly manages the payments by selling her jewelry or by stealing money from her employers, a small accounting firm. Dolly's younger cousin Kajal has recently arrived from rural Bihar to chase her dreams and aspirations in the city. When Kajal tells Dolly that Amit makes unwanted advances towards her, Dolly puts it down to misunderstanding and laughs it off. Uncomfortable with her situation, Kajal looks to move out of Dolly's home but this is made difficult by her lack of qualifications.