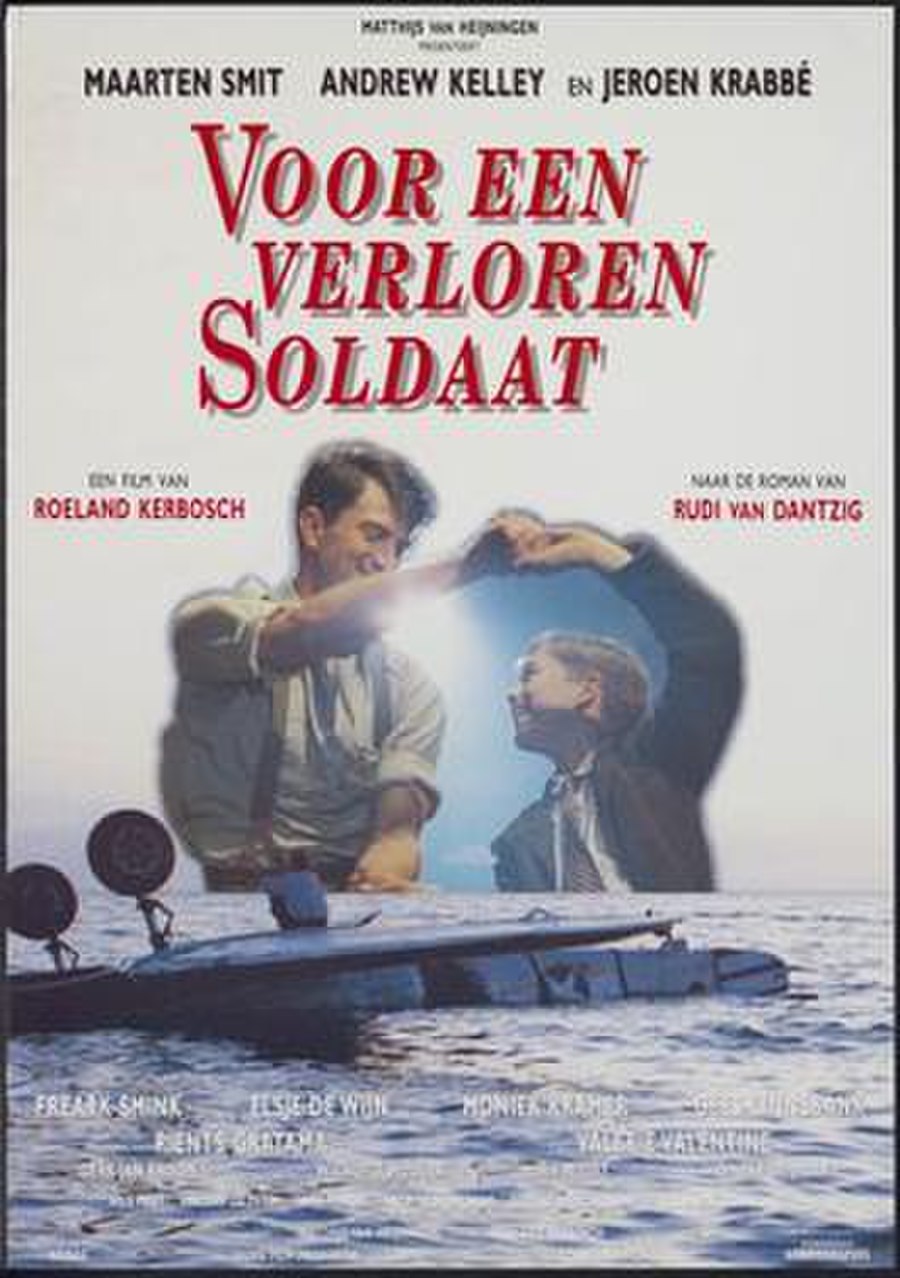 For a Lost Soldier (Dutch title: Voor een Verloren Soldaat) is a 1992 Dutch film based upon the autobiographical novel of the same title by ballet dancer and choreographer Rudi van Dantzig. It deals with the romantic/sexual relationship between a 12-year-old boy (Van Dantzig) and a Canadian soldier during the final months leading up to the liberation of the Netherlands from Nazi occupation during World War II.

Jeroen (Jeroen Krabbé) reminisces about 1944 when he (Maarten Smit) and other children were sent by their parents to the countryside to escape the effects of the war. The city suffers from food shortages, with more food available in the country. He stays with an eel fisher's family but, while there is an abundance of food, he suffers from homesickness. Jeroen and his friend Jan go to the ocean and see an American plane in the water; Jan tries to go under but claims there are too many eels and surfaces with a big cut on his thigh.