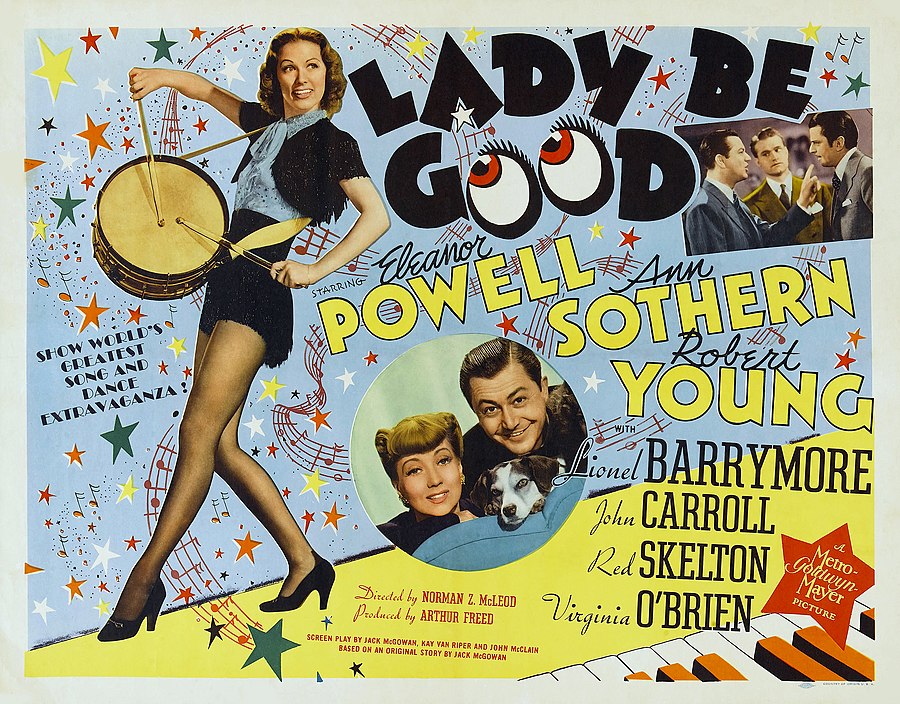 Lady Be Good is an MGM musical film released in 1941.

The story is framed by testimony in the court of Judge Murdock, where Dixie Crane is seeking a divorce. He asks how the principals first met and the first flashback begins...Eddie Crane a young composer, is struggling with a tune he has just written. When his girlfriend, Dixie Donegan, provides words almost by accident, the song is published and is a great success. A few years later, now married and successful songwriters with a hit Broadway show behind them, Dixie realizes that Eddie is spending more time in rich New York society than composing. They divorce, but quickly realize they miss working together, and their new work raises them to the top of the charts, and they are honored at an industry banquet, where Dixie sings ”The Last Time I Saw Paris.” (The song won the Academy Award for Best Original Song for 1941, even though it was not written for the film.) Eddie becomes intensely jealous, and thanks to the machinations of their friends, they end up getting married again. Driving home after the ceremony, they discover that their plans are very different. Dixie wants to start writing the music for a big new show—their dream project—right away. Eddie plans a honeymoon in Bermuda first. Dixie not only refuses the honeymoon, she tells him they are going to have to continue to live apart while they write the new show. They separate, and Eddie quits the show. He begins composing a symphony under the aegis of Mrs. Wardley, a wealthy patron of the arts who has her eye on Eddie as well as his music. The opening of Dixie’s show is represented by the legendary “Fascinatin’ Rhythm” production number featuring Eleanor Powell. Eddie disappears for 6 months and returns from South America too late to protest the second divorce, also in Judge Murdock’s court. Not realizing that this time the judge refused to grant it, he proposes to Dixie.