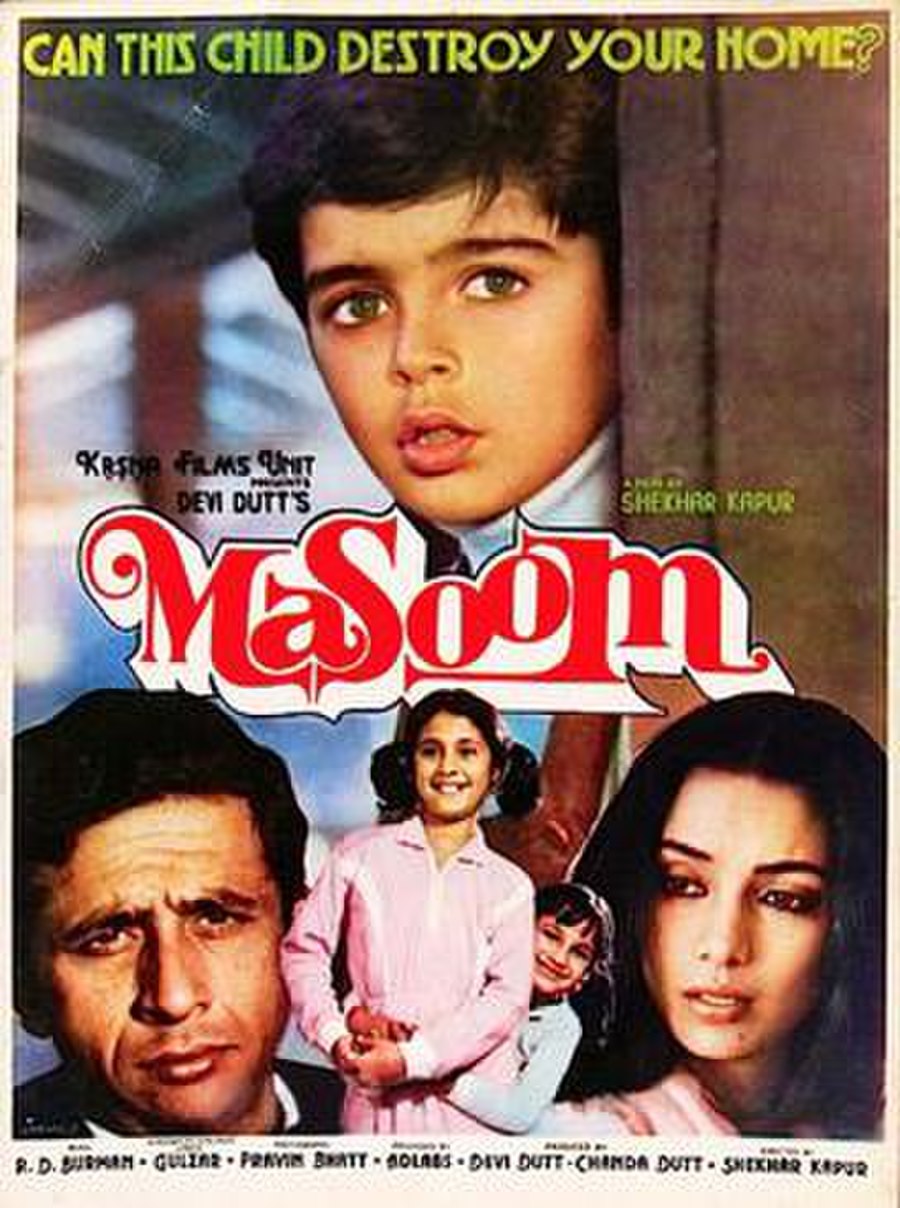 Masoom is the directorial debut of filmmaker Shekhar Kapur. It is an adaptation of the 1980 novel Man, Woman and Child by Erich Segal which was also adapted into a Malayalam movie Olangal and an American movie Man, Woman and Child. The film stars Naseeruddin Shah and Shabana Azmi in lead roles along with Tanuja, Supriya Pathak and Saeed Jaffrey. It features Jugal Hansraj, Aradhana and Urmila Matondkar as child actors. The screenplay, dialogues and lyrics are by Gulzar with music by R.D. Burman. The film has been remade into a Telugu movie named Illalu Priyuralu.

Indu (Shabana Azmi) and DK (Naseeruddin Shah) have a happy marriage and two daughters Pinky and Minni and live in Delhi. The tranquility of their life is interrupted when DK receives word that he has a son, the result of an affair with Bhavana (Supriya Pathak) during his 1973 visit to Nainital when his wife Indu was about to give birth to their first child Pinky (Urmila Matondkar). Bhavana did not tell DK about their son as she did not want to disturb DK's matrimonial life. Now that she has died, her guardian Masterji sends word to DK informing him that his son, Rahul (Jugal Hansraj), who is nine years old, needs a home. Despite the objections of Indu, who is devastated to learn of her husband's infidelity, DK brings the boy to stay with them in Delhi. Rahul is never told that DK is his father as he bonds with DK and his daughters. But Indu can't bear to look at him, a tangible reminder of DK's betrayal.