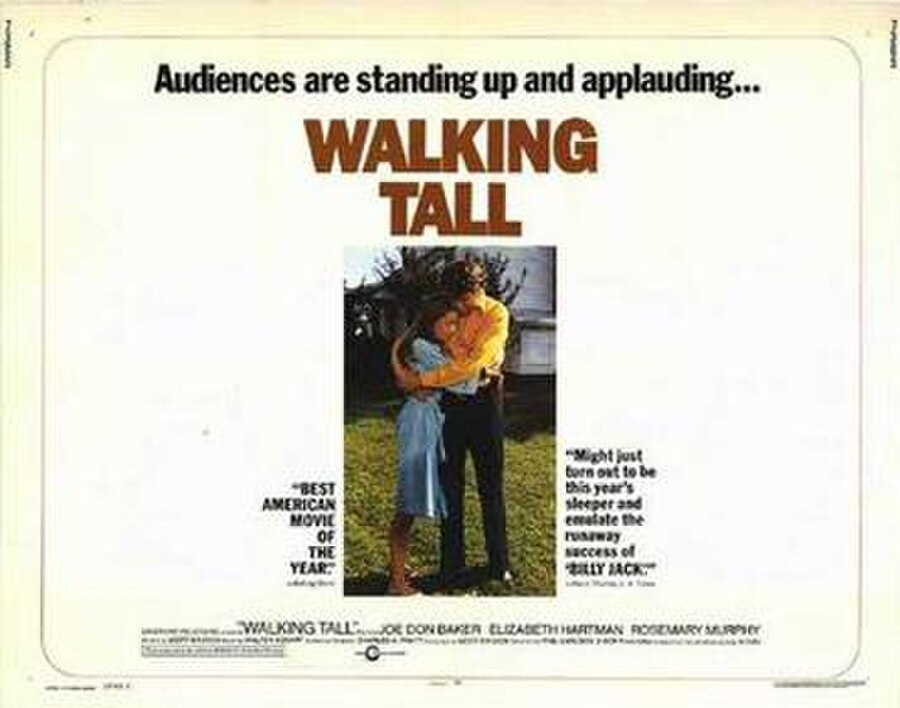 Walking Tall is a 1973 American semi-biographical action film of Sheriff Buford Pusser, a professional wrestler-turned-lawman in McNairy County, Tennessee, played by Joe Don Baker. The film was directed by Phil Karlson. Based on Pusser's life, it has become a cult film with two direct sequels of its own, a TV movie, a brief TV series and a remake that had its own two sequels. It is also the penultimate movie of actress Elizabeth Hartman.

Buford Pusser, at his wife Pauline's behest, retires from the professional wrestling ring and moves back to Tennessee to start a logging business with his father, Carl Pusser.