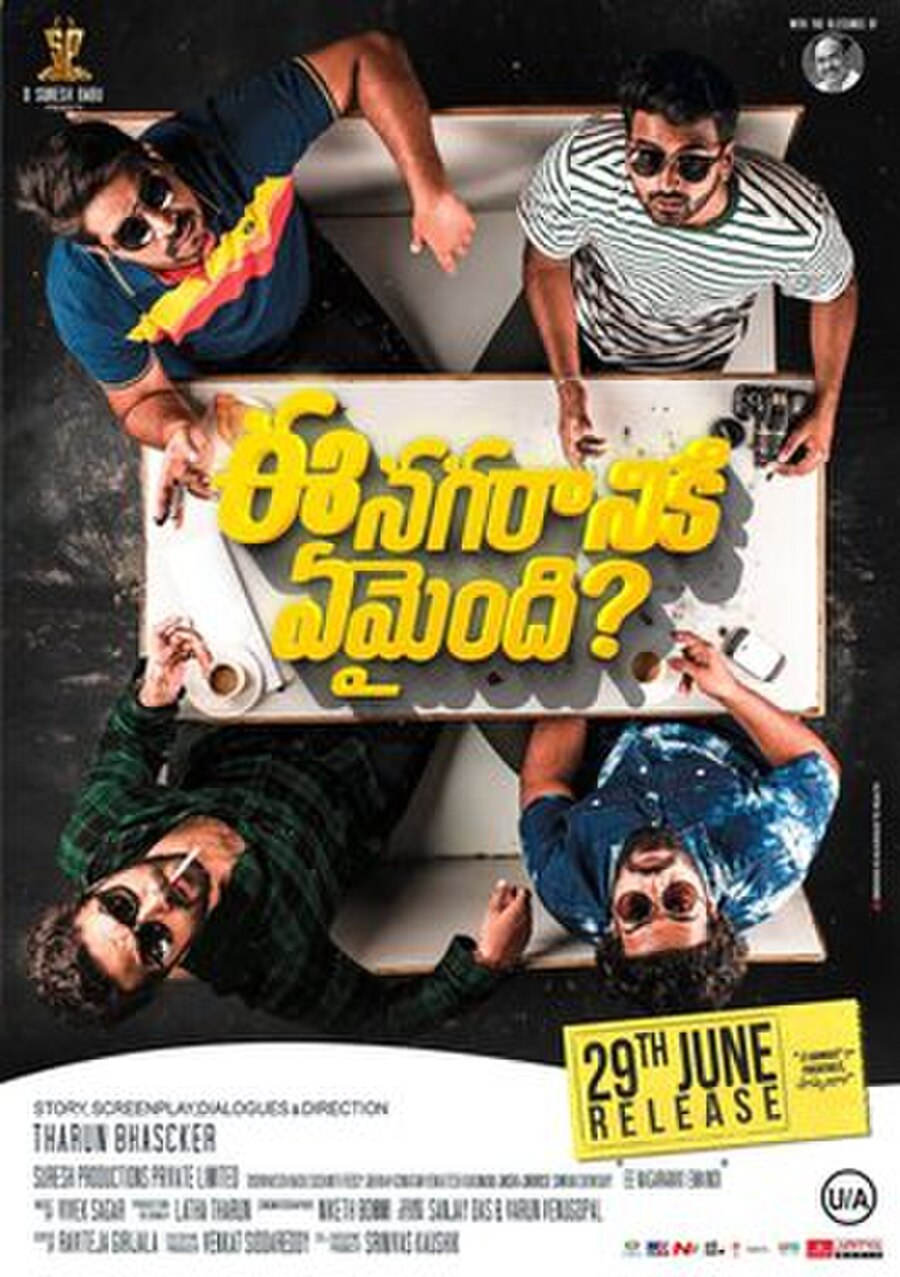 Ee Nagaraniki Emaindi ( What happened to this city?) is a 2018 Indian Telugu-language buddy comedy drama film written and directed by Tharun Bhascker Dhaassyam and produced by Suresh Babu. The film stars Vishwak Sen, Sai Sushanth Reddy, Abhinav Gomatam, Venkatesh Kakumanu, Anisha Ambrose, Simran Choudhary, and Galusheya Daria. The music was composed by Vivek Sagar with cinematography by Nikith Bommireddy and editing by Ravi Teja Girijala. The film released on 29 June 2018. It received positive reviews and went on to become a commercial success.

Vivek, Karthik, Kaushik, and Uppi are childhood friends who dream of a career in filmmaking during their college days. But they eventually give up their plans and settle in other jobs. Vivek resigns his job and lives in isolation, still unable to get over his breakup with Shilpa; Karthik works as a manager in a club and plans on marrying his boss's daughter and settling in the US; Kaushik works as a dubbing artist and wants to become an actor; and Uppi works as a wedding photographer. Karthik arranges a bachelor's party for four of them, where they run into Shirley, who joins them to conduct a casual promotional contest in which they narrate her their old friendship, their first short film work and Vivek's love story. Shirley invites them to an event in Goa and leaves.