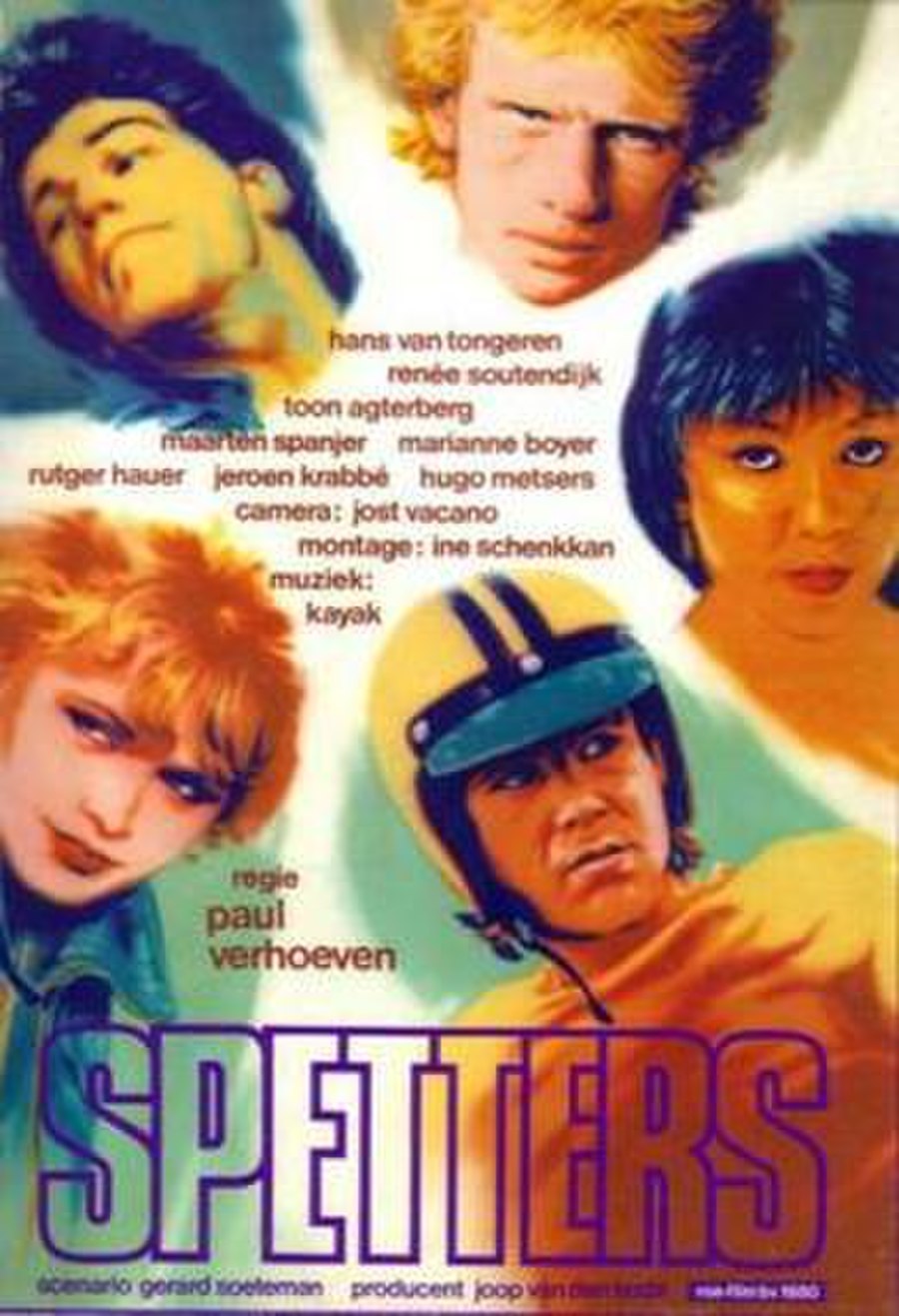 Spetters (English translation: Splashes) is a Dutch film released in 1980 and directed by Paul Verhoeven. The film follows the lives of three young men who have little in common but their love for dirt-bike racing. Set on the outskirts of Rotterdam, the film depicts three characters who are hoping to escape a dead-end, working-class existence.