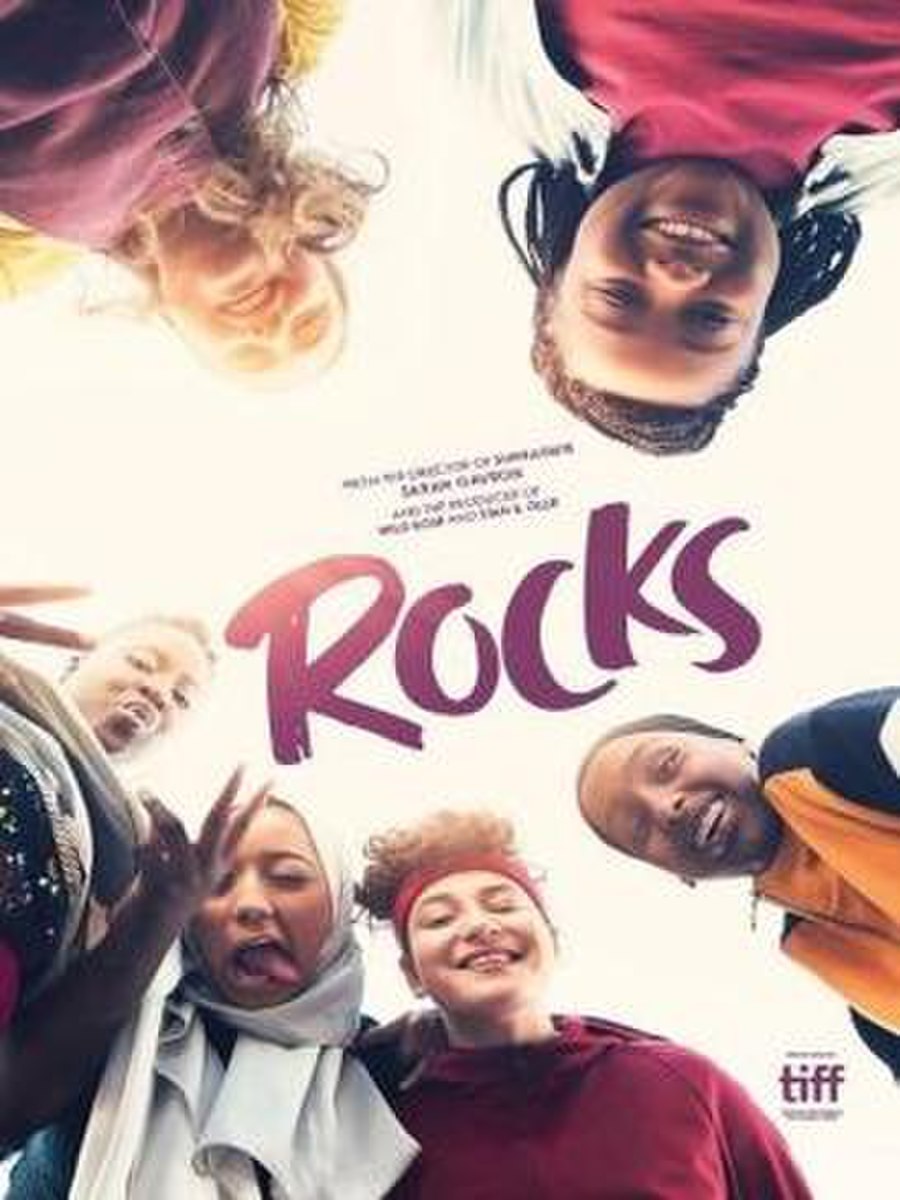 Rocks is a British coming-of-age drama film, directed by Sarah Gavron and released in 2019. The film stars Bukky Bakray as Olushola, nicknamed "Rocks", a Black British teenage girl in London whose single mother abandons her and her younger brother Emmanuel (D’angelou Osei Kissiedu), forcing them to fend for themselves with the help