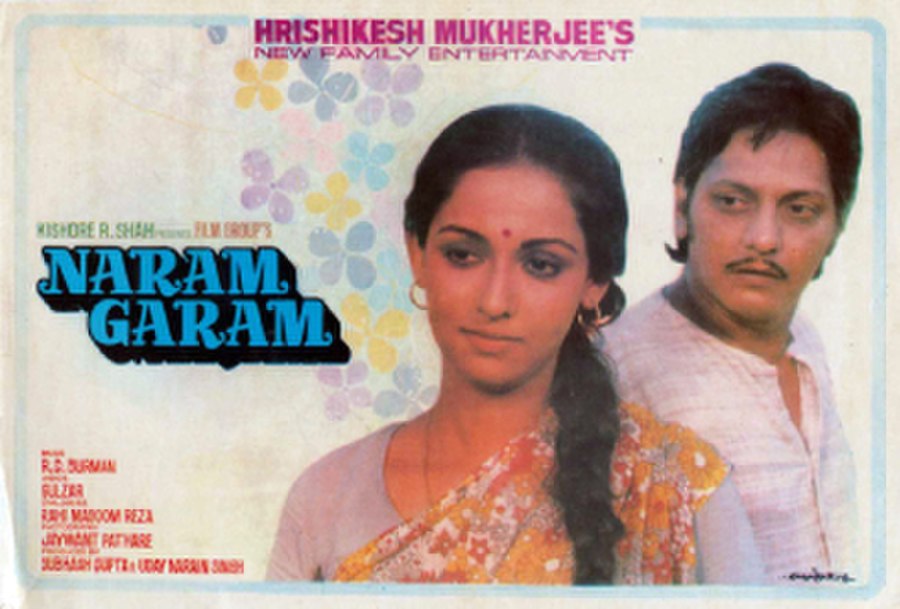 Naram Garam is a 1981 Bollywood film directed by Hrishikesh Mukherjee. The movie was produced by Subhash Gupta and Uday Narayan Singh and had music by R.D. Burman. It reprises many actors and actresses from the 1979 hit Gol Maal with the same names. It was also directed by Hrishikesh Mukherjee and starred Amol Palekar in the lead. Plot elements of this movie have been used in the 1985 Malayalam comedy Aram + Aram = Kinnaram.

Naram Garam is the story of Kusum (Swaroop Sampat) and her father (A.K. Hangal), who are left homeless due to non-repayment of debts from the local money lender. They are helped by Ramprasad (Amol Palekar), who is in love with Kusum. Bhavani Shankar (Utpal Dutt), Ramprasad's employer, is feared by his family members and employees, but is himself terrified of his own mother-in-law (Dina Pathak). Ramprasad helps Bhavani Shankar get the possession of his ancestral home after a 53-year-long legal battle with a squatter and is therefore assigned the responsibility of getting the house back in shape so that it can be re-occupied. In the meanwhile, Kusum and her father come to the shelter of Ramprasad and start staying in the house. Ramprasad doesn't have a house of his own, hence decides to let them stay illegally until he can find an alternative.