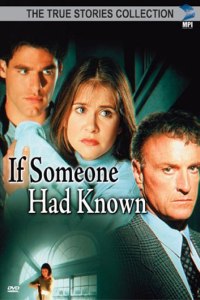 If Someone Had Known is a 1995 American crime drama television film based on a true story, directed by Eric Laneuville.

Katie Liner is the 18-year-old daughter of Jack Liner, a powerful police officer. At one of his benefit parties, she meets Jimmy Pettit, a man in his early twenties she soon starts dating. Initially, he seems to be the perfect guy; he is well-educated, respectful, polite, popular, and has no records with the police. Nevertheless, Jack is not sure about the guy, and when he finds out that Katie is engaged, he is not enthusiastic. In a short period of time, Katie and Jimmy are married, and she gives birth to a son, they name Jamie.