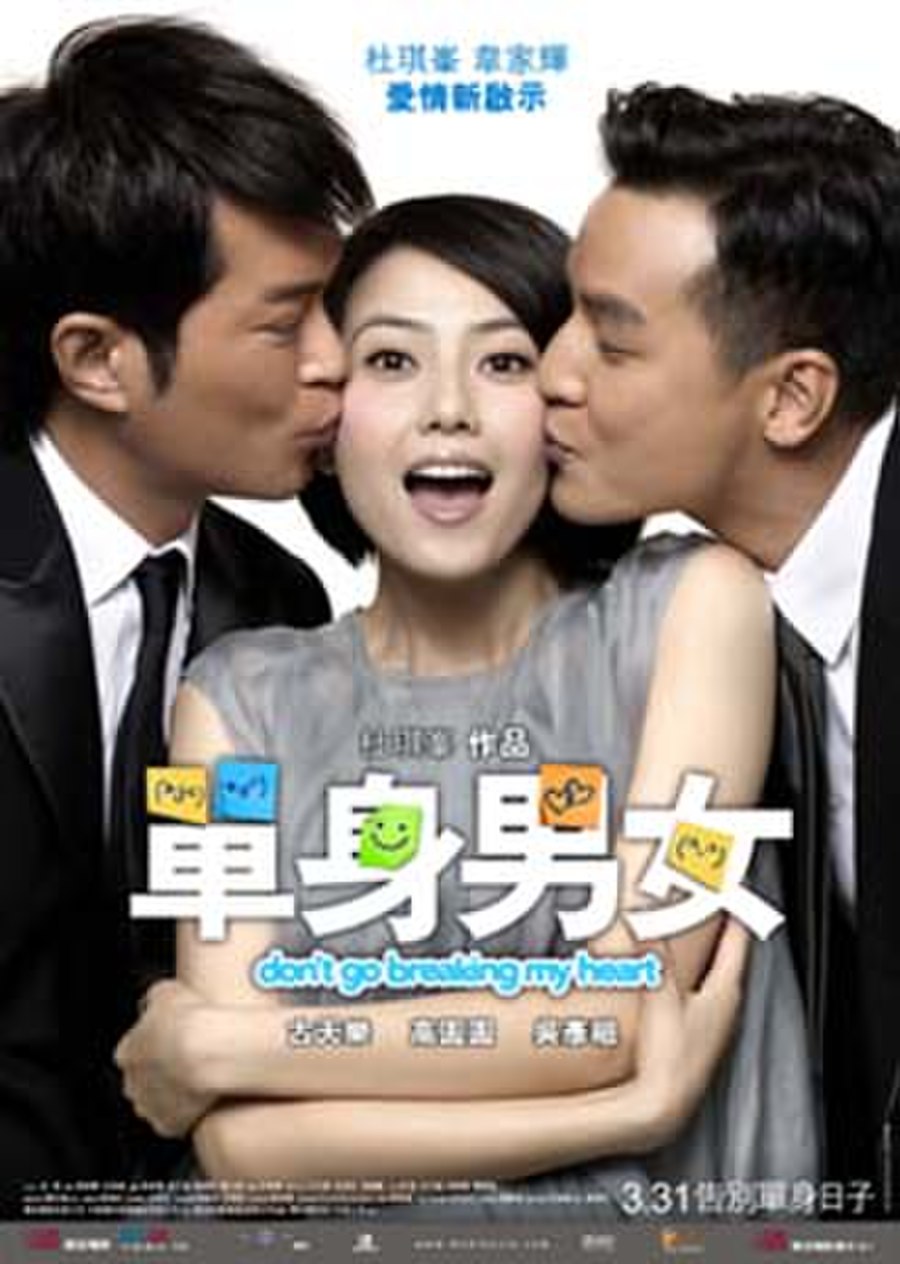 Don't Go Breaking My Heart is a 2011 Hong Kong-Chinese romantic comedy film directed by Johnnie To and Wai Ka-fai, making this the twelfth film they have collaborated on together. The film stars Louis Koo, Daniel Wu and Gao Yuanyuan. The film opened the 35th Hong Kong International Film Festival on 20 March 2011. It was then released theatrically in Hong Kong on 31 March 2011.

Chi-yan (Gao Yuanyuan) is an analyst who just broke up with her boyfriend (Terence Yin) as he was having a baby with another woman (Selena Li). Sean (Louis Koo), a CEO of a broker firm, knows Chi-yan as her office is just opposite of his. He liked Chi-yan, and starts to take action when he sees what happened in the bus between Chi-yan, her ex, and his current wife. Kevin (Daniel Wu), an architect and an alcoholic, helped Chi-yan out when she was heartbroken about her ex. With Chi Yan's support Kevin decides to pick up designing again, and arrange meet up with her again a week later. Chi-yan forgets about it when she starts flirting with Sean. She and Sean arrange to meet on the night Chi-yan is supposed to meet Kevin. Sean goes to clear up a misunderstanding with a woman named Angelina, which leads to a one-night stand. Chi-yan is left waiting for Sean and Kevin is waiting for Chi-yan. When Chi-yan find out what Sean did she ends their relationship. Sean later leaves his office when the economy crisis causes his company to lose a large sum of money and goes to the US.