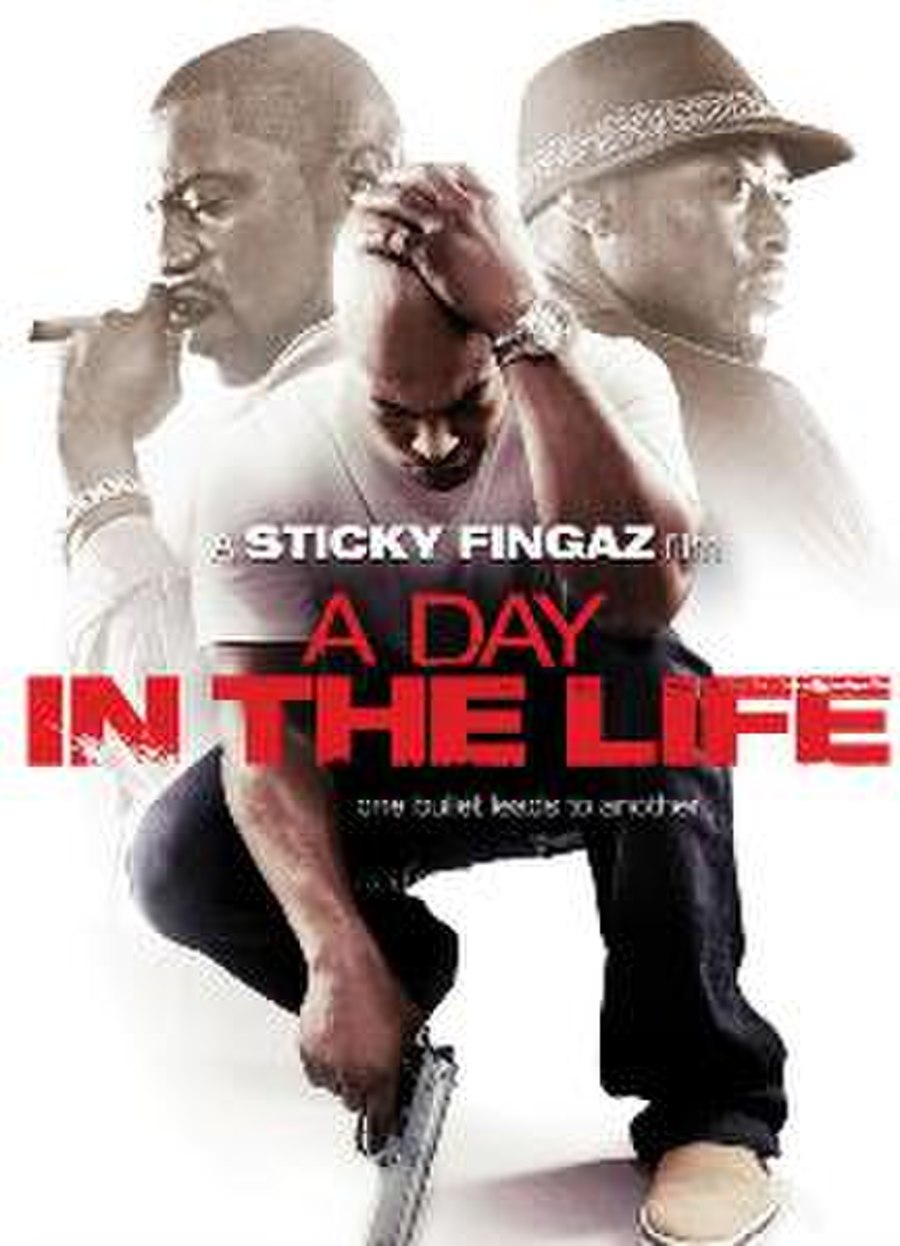 A Day in the Life is a 2009 American musical crime film, written, directed by and starring Sticky Fingaz, released on July 7, 2009 by Major Independents and Lions Gate Films. The film tells about one day in the life of Sticky, the leader of the gang, who is trying to escape from criminal life. A Day in the Life contains no spoken dialogue. Instead, the actors rap all their lines over a hip-hop beat.