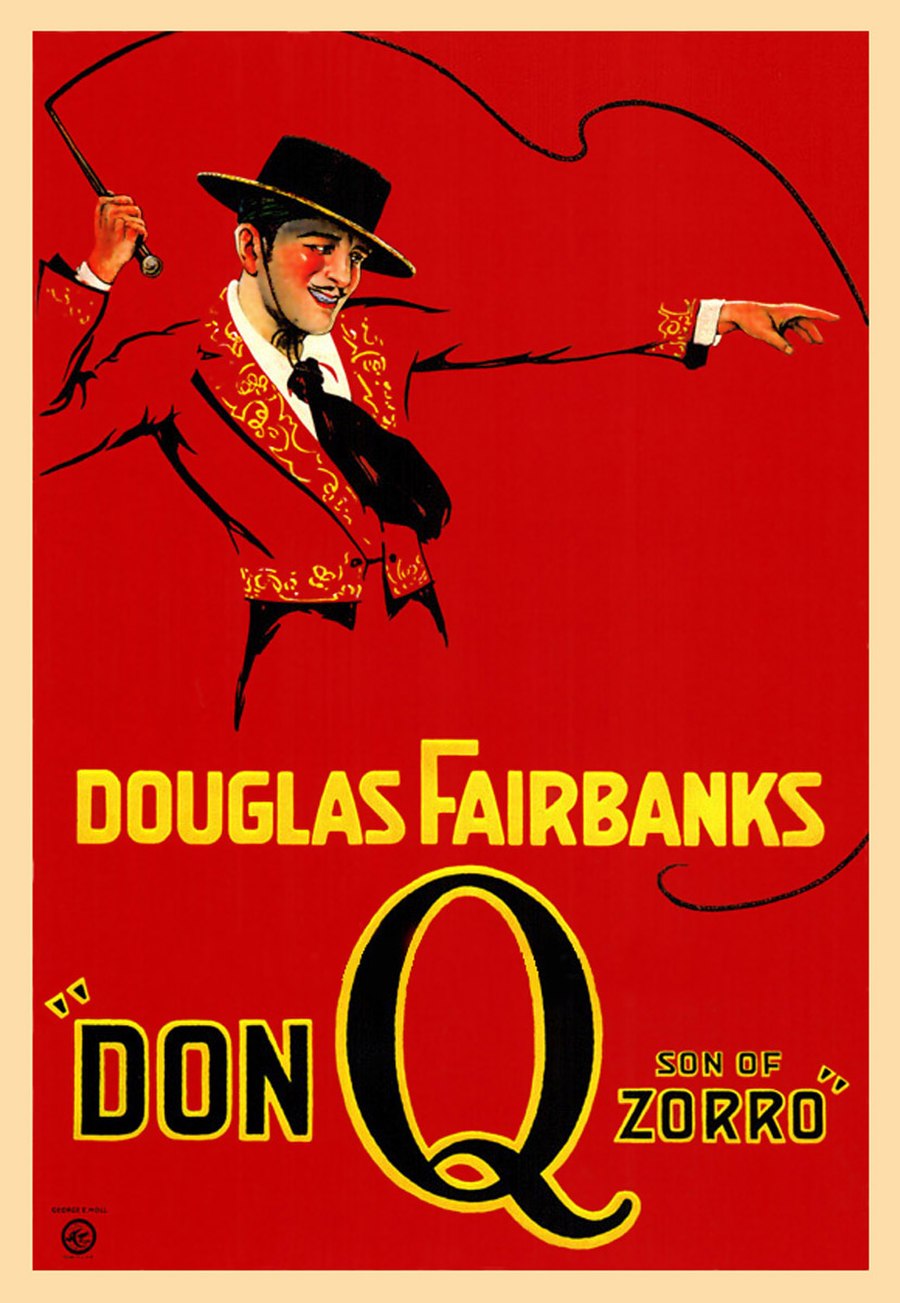 Don Q, Son of Zorro is the 1925 sequel to the 1920 silent film The Mark of Zorro. It was loosely based upon the 1909 novel Don Q.'s Love Story, written by the mother-and-son duo Kate and Hesketh Hesketh-Prichard. The story was reworked in 1925 (after Hesketh Hesketh-Prichard's death) into a vehicle for the Johnston McCulley character Zorro. The film adaptation was made by screenwriters Jack Cunningham and Lotta Woods for United Artists studios. Douglas Fairbanks both produced the film and starred as its lead character. It was directed by Donald Crisp, who also played the villain Don Sebastian.

Don Diego de la Vega (Zorro)'s son, Cesar (Douglas Fairbanks), is in Spain finishing his education. While Cesar is showing off to friends his remarkable prowess with the whip, he accidentally clips off the feather shako on the hat of Don Sebastian (Donald Crisp) of the Palace Guard. Although Cesar apologizes immediately, Sebastian is unforgiving. Their duel is interrupted by a runaway bull. Trapped on the ground with his sword belt tangled in his boot, certain to be gored by the bull, Sebastian is saved at the last minute by Cesar. This further infuriates him. The action is observed by Queen Isabella (Stella De Lanti) and her guest, Austrian Archduke Paul (Warner Oland); she requests Cesar's company immediately. Another friend of Cesar, Don Fabrique Borusta (Jean Hersholt), offers to bring him to Her Majesty.