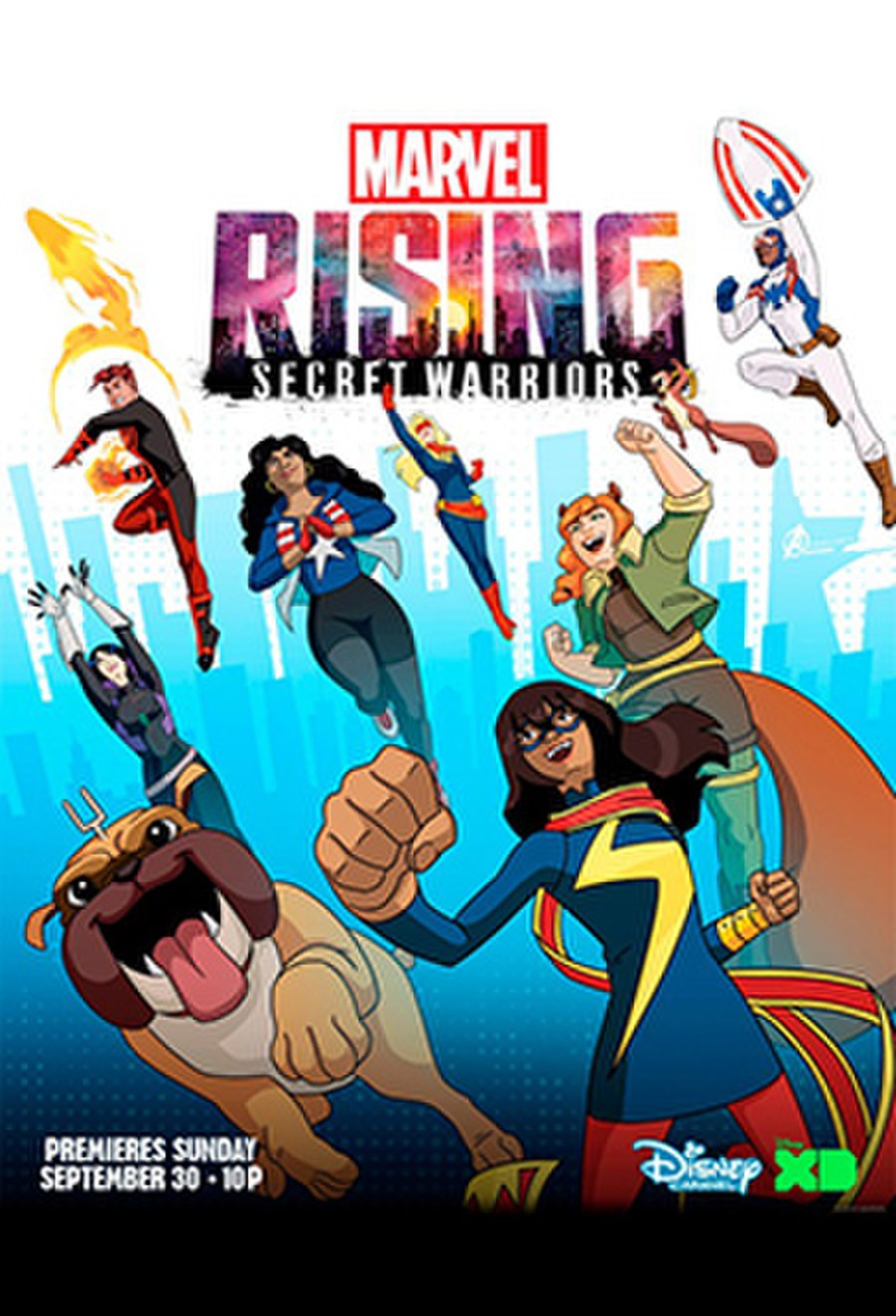 Marvel Rising: Secret Warriors is a 2018 American made-for-television animated superhero film produced by Marvel Animation, featuring Ms. Marvel, Squirrel Girl, Patriot, and others. It is the first of the Marvel Rising franchise and was released on September 30, 2018 simultaneously on Disney Channel and Disney XD. The inauguration of a team of new characters gave Marvel a project that would introduce to the public some of the lesser known characters within the universe.

Kamala Khan is a teenager who lives in Jersey City, New Jersey, and is also an Inhuman with shapeshifting abilities and lives a secret life as the superheroine Ms. Marvel. She idolizes Captain Marvel, but clashes with her mother, who believes her interest in superheroes is time-wasting, and she has yet to overcome all of the unfortunate difficulties of being a rookie superhero. Kamala and her best friend Doreen Green, a fellow superhero known as Squirrel Girl, stop a thief in the park who steals from a food vendor. The thief is Dante Pertuz, who can control and manipulate fire. The girls also meet Victor Kohl, who is tracking Dante and tells them about how he is working to protect Inhumans from their own destructive powers. Victor and Dante both flee the scene before Kamala and Doreen are approached by S.H.I.E.L.D. agents Quake and Patriot, who have also been tracking violent incidents involving Inhumans. The agents leave, and the two friends decide to find Victor and Dante and solve the Inhuman incidents themselves and prove that Inhumans should be seen as heroes and not threats.