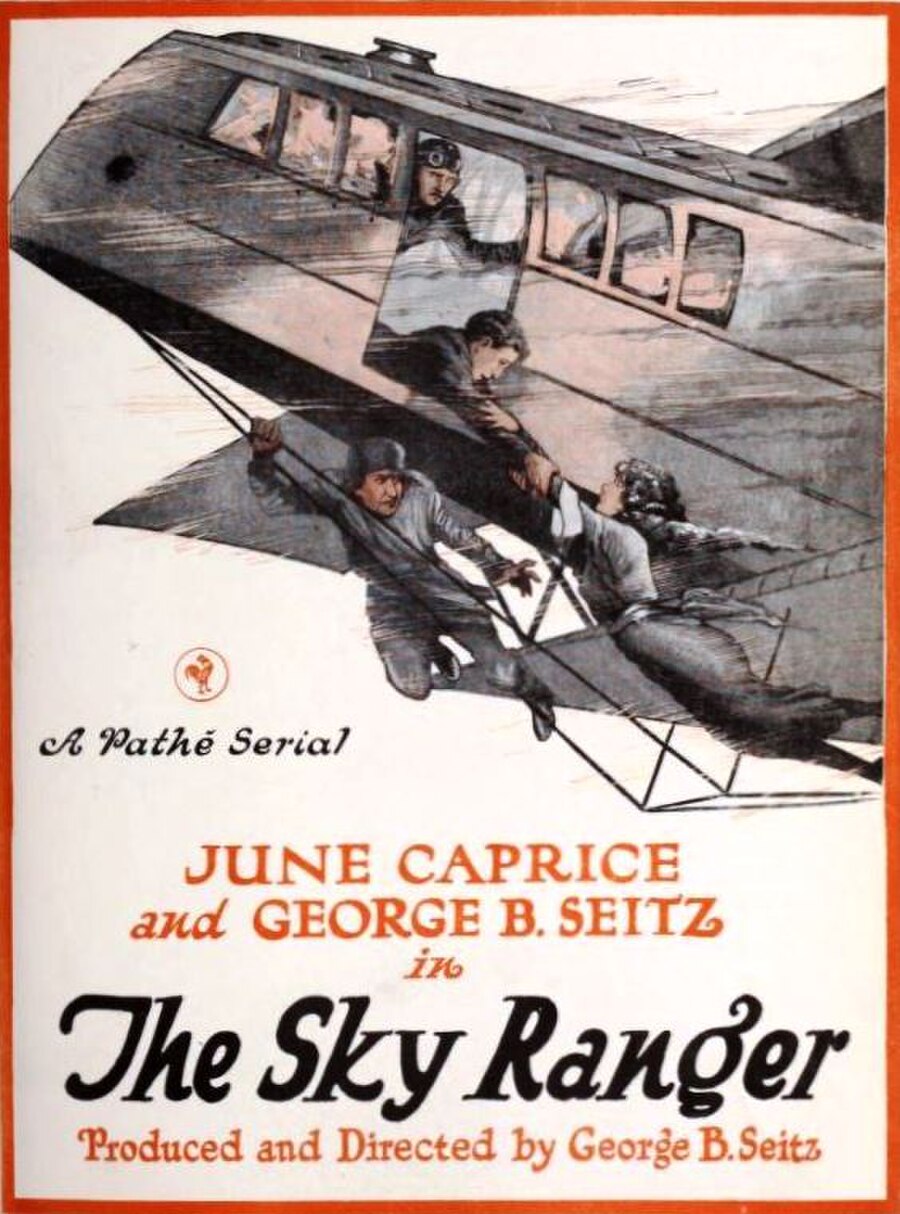 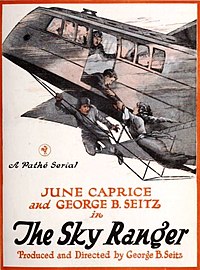 The Sky Ranger (aka The Man Who Stole the Moon) is a 1921 American 15-episode/chapter silent film serial. Directed by George B. Seitz who also starred with June Caprice, the film serial was an adventure film with locales as exotic as Tibet. The plot staple of an inventor of aviation technology having to contend with conspirators who wish to steal the invention, often appeared in aviation films. The Sky Ranger is considered to be lost.

George Rockwell (George B. Seitz) is young and adventurous. He meets June (June Caprice), a beautiful young girl on the road and decides she will be his wife. But Professor Elliott (Frank Redman), June's father, has him thrown out the door. George does not give up and saves the Professor from his cousin Murdock (Joe Cuny), who was trying to kill him. Professor Elliott has made a number of important inventions, including developing a fast, silent aircraft. His latest work concerns a new, powerful light, which is the object of those criminals who want to steal the invention.