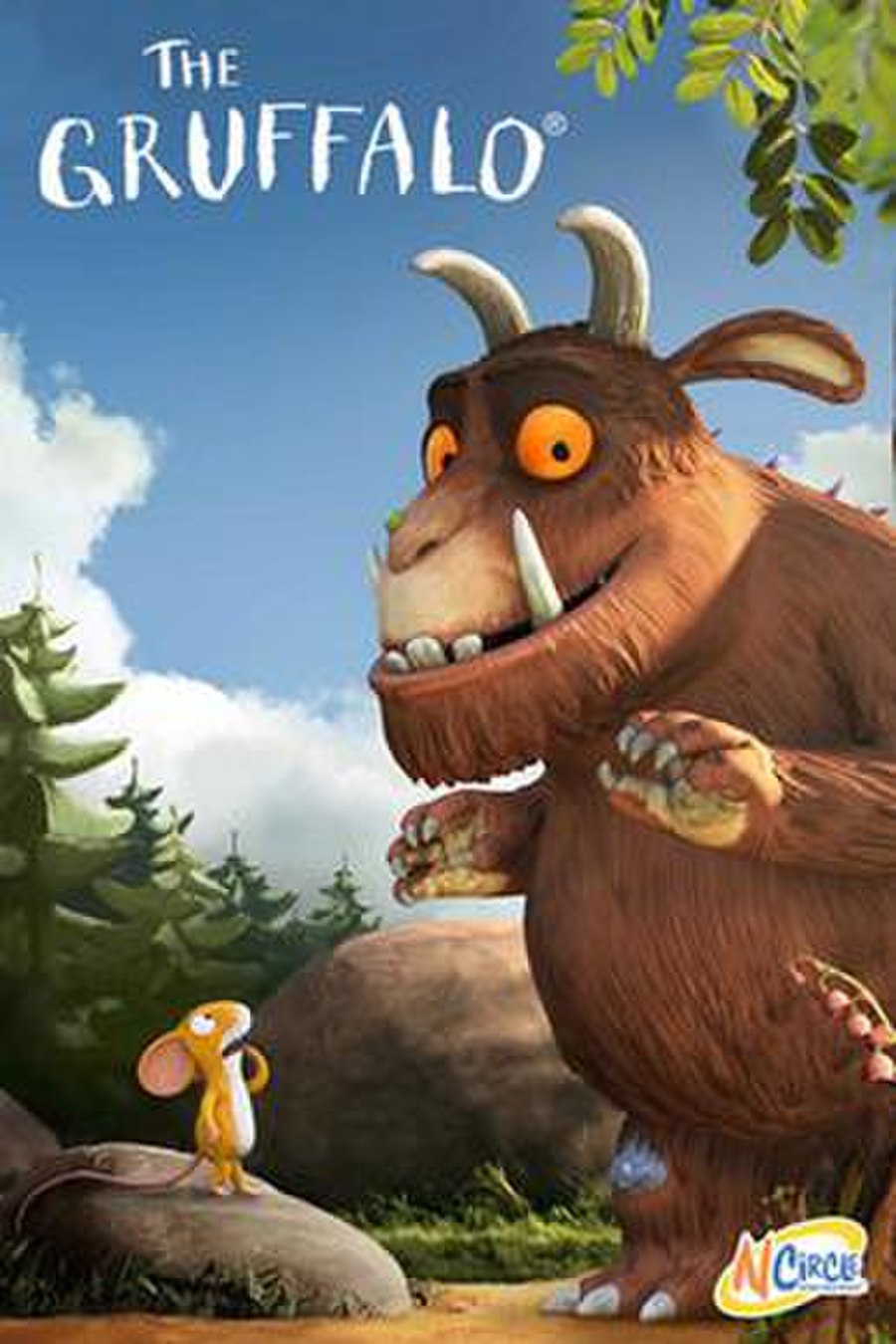 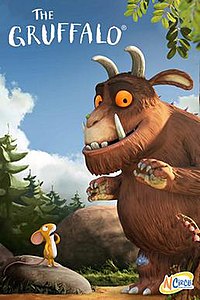 The Gruffalo is a 2009 British-German short computer animated TV film based on the 1999 picture book written by Julia Donaldson and illustrated by Axel Scheffler.

In a plant-less wood, a mother Red squirrel finds a nut. Her children are playing until they hear an owl's hoot. Then the squirrel mother escapes from the owl, but her children want her to tell them a story. So, she tells the story of a mouse walking through a pleasant wood. He tries to find a nut to eat but he couldn't find one. Until he makes a journey to a nut tree. Encountering three carnivorous animals who all wish to eat him -- first a fox, then an owl, then a snake -- the plucky mouse uses his wits to survive. He lies to each one that he is meeting a monster with terrible features (calling his imaginary beast a ‘Gruffalo’), says that its favorite food is whichever animal he is speaking to at the time, and that he is meeting the Gruffalo "right here". Each predator then panics and runs away.