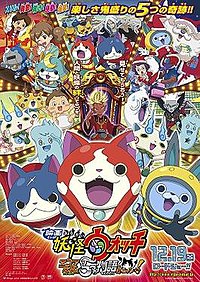 Nate, Whisper, Jibanyan, Hailey, USApyon, and all of their Yo-kai friends embark on five unique adventures that all end up tied together in the end.